I’m Not Dating Any Actor, Mercy Aigbe Cries Out 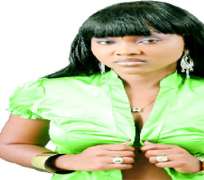 Refuting a recent claim that she is currently having a fling with another Nollywood actor, Kelvin Ikeduwa, debonair actress, Mercy Aigbe, said each time such rumour is peddled against her, she feels bad .

Speaking in an interview with http://nollywoodgists.com, Aigbe, a Creative Arts graduate of UNILAG, said she had been mistakenly linked with several actors and society top shots, just because she is yet to marry.

She disclaimed the recent report by a soft sell magazine that she is having an affair with her colleague in Nollywood, Kelvin Ikeduwa, saying it is baseless and unfounded.

“I have no serious business with Kelvin and both of us have never been paired in any movie, so why should there be any speculation that I am dating him? Is it a crime that I am still single?” She asked rhetorically.

Aigbe said that such speculations are being peddled because of the way she relates with her colleagues, describing it as her own way of making headway in the industry.

“I am humble and easy going person and that's why I get saddened by reports that soil my name,” she said.

The actress revealed that she is currently in an altar-bound relationship with the man of her dream.