Saint Obi on the rebound 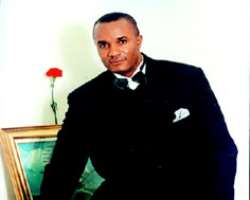 If signals reaching http://nollywoodgists.com are true, then Nollywood hunk, Saint Obi is back in circulation.

Though attempts to speak to him proved abortive, word is that he is set to make a return to his old form when he was the silver screen's numero uno lover boy.

Among others, Saint Obi has modelled for Bevista and starred in movies like Without Love, Sakobi, and Good Bye Tomorrow.
Meanwhile, there is also word that he has starred in a dozen yet-to-be-released blockbuster films that should soon hit Nollywood anytime.