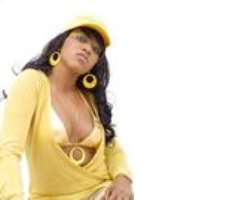 Good looking actress, Rukky Sanda, has literarily turned herself into one of the star actress, Uche Jombo's aides in recent times.

Keen watchers of events squealed that Rukky, who has not featured prominently in movies in recent time, has found company with Uche Jombo.

Klieglights learnt that Rukky is mostly spotted at events and hangouts where Uche is also found.

While some insinuations have been made, no one in particular can tell what is responsible for their closeness.

The two were recently spotted together at the Encomium's Black and White Ball, which held in the Lekki area of Lagos on April 26.