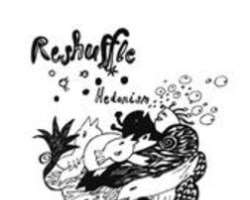 President Umaru Musa Yar'Adua yesterday swapped the portfolios of four members of the Federal Executive Council, just as the House of Representatives, after a heated session yesterday resolved to " reject the claim by the Executive that the budget can not be fully implemented on account of inadequate funding; that the House insist that in line with president's mantra of strict adherence to the rule of law, the 2009 Appropriation Act must be complied with to the letter, failing which the House will invoke the relevant sections of the 1999 Constitution."

According to the swapping, the current Minister of Interior, Maj-Gen. Godwin Abbe (rtd), becomes the new Minister of Defence and will take over from the incumbent Minister, Alhaji Shettima Mustapha who is to move to the Ministry of Interior.

Seriki becomes the Minister of State (Interior).
According to a statement yesterday by the Special Adviser to the President, Media and Publicity, Mr. Olusegun Adeniyi, "the changes are with immediate effect."

Reasons for the change were not given last night but The Guardian learnt that it was aimed at "re-professionalisation and re-engineering" and according to an insider, more changes are coming to re-jig the cabinet generally believed to be lacklustre.

Meanwhile, after a heated session yesterday, during which its panel on Appropriation and Finance presented its finding on the 2009 Budget, the House of Representatives resolved to "reject the claim by the Executive that the budget cannot be fully implemented on account of inadequate funding; that the House insist that in line with the president's mantra of strict adherence to the rule of law, the 2009 Appropriation Act must be complied with to the letter, failing which the House will invoke the relevant sections of the 1999 Constitution."

Sometime in May this year, following a motion sponsored by a member representing Port Harcourt I Federal Constituency in Rivers State, drawing the attention of the House to what he described as selective implementation of the 2009 Budget, the chamber mandated the committees on Appropriation and Finance to investigate the matter and report back to the House. The committee stated in its findings, among other things, that contrary to the claim by the executive that revenue shortage might impede faithful implementation of the budget, the nation had excess revenue to the tune of N17 billion between January and May this year.

The House, presided over by the Deputy Speaker, Alhaji Usman Bayero Nafada, during the Committee of the Whole, considered the report of the Appropriation and Finance committees clause by clause in a tense atmosphere as members took turns to condemn the executive over the implementation of the budget. At the meeting, the Deputy Speaker, asked the deputy chairman of the Committee on Appropriation, Isa Ashiru, to give the highlights of the report and it was taken before the session went into the consideration of the recommendations.

The first recommendation of the committee was that the House should "reject the claim by the executive arm of the government that the budget cannot be fully implemented on account of inadequate funding." This drew the ire of members who contributed to the issue. John Halims Agoda representing Ethiope Federal Constituency in Delta State, said the report of the committee showed that the problem of implementation of the budget was not with funding but unwillingness of the executive arm of government to comply with the law passed by the National Assembly. He urged the House to insist on full implementation of the budget.

Ubale Kiru representing Bebeji/Kiru Federal Constituency in Kano State cautioned that if necessary steps were not taken to ensure faithful implementation, performance of the budget would be worse than the previous years. He urged the House not to allow the trend to continue, adding that it should be regarded as an impeachable offence. The Minority Leader, Mohammed Ali Ndume, said the House should debate the report as an opportunity to put right what was going wrong with the budget. He maintained that selective implementation of budget contradicted the position of President Yar'Adua as an apostle of due process and rule of law.

"This is the president who preaches rule of law and he is giving instructions to ministers to implement the budget selectively," he said.

Ita Enag representing Itu Federal Constituency in Akwa Ibom State, pointed out that the matter is a serious one which should not be treated with kid gloves. He recalled that in the last 10 years of democracy, the parliament had been diplomatic with the issue of non-implementation of budgets and posited that 'unless this budget is implemented, we should not receive the president in this chamber for budget presentation." Enang added that if ministries and parastatals could return unspent capital votes to the treasury, they should be made to return unspent personnel cost. He also urged the chamber to investigate what happened to the personnel cost in the budget for nurses and workers of Power Holding Company of Nigeria (PHCN).

The House consequently resolved as follows: "That the chamber reject the claim by the executive that the budget cannot be fully implemented on account of inadequate funding; that the House insist that in line with president's mantra of strict adherence to the rule of law, the 2009 Appropriation Act must be complied with to the letter, failing which the House will invoke the relevant sections of the 1999 Constitution."

Speaking after the resolution of the House, Nafada said that the action was in the national interest and it was without sentiments or bias. He added that "a situation where personnel cost is always released in full and capital votes are withheld does not mean well for the country, and if they are patriotic, let them return unspent overhead as capital votes are returned to the treasury," he said.

Addressing a press conference after the session, members of the opposition led by the Minority Leader, Mohammed Ali Undume maintained that the executive was not keen on implementing the budget and expressed the readiness of the chamber to "take the bull by the horns." They also said that the Appropriation Law "is more than any law of the land and so, any breach will not be taken kindly." According to the lawmakers, the sum of N27 billion was realised within the first quarter as excess revenue and the complaint of paucity of fund was not based on the reality on ground.

"What we are doing is to wake the president from the slumber," they added.

President Yar'Adua, it would be recalled, wrote to the House in May stating that the N3.1 trillion budget passed by the National Assembly might not be feasible to implement. He cited dwindling revenue from the oil sector as a major reason.

A bill seeking an amendment to the Police Act was also committed to the committees on review of the 1999 Constitution, Police Affairs and Justice.

The African Development Bank (ADB) has approved the sum of $200 million to Nigeria to enable her manage her huge 2009 budget deficit, the Bank's President, Dr. Donald Kabureka said in Abuja yesterday.

Following the shortfall in revenue as a result of global financial crisis and the activities of militants at the oil-bearing Niger Delta region, Nigeria's budget deficit gap widened to almost a trillion, prompting the Yar'Adua's Administration to request the ADB to allow her withdraw part of the funds at the NTF to tackle the unpleasant development.

Kabureka yesterday confirmed that the bank has acceded to the request of Nigeria. He pointed out that it was a healthy practice and gave assurance that the development will not in any case hamper the capacity of the 33 year-old fund which has helped the bank and some poor African countries in the fixing of their challenges.

He said: " The Fund has grown significantly, because the Bank manages it very well. We agreed with the Nigerian Government on the amount of money which they will use to close down deficit, which is very legitimate. The NTF has been very useful to the Bank and we encourage other African countries to emulate Nigeria. We have no problem at all with Nigeria wanting to use part of the proceeds of the fund because it is a legitimate activity and it has not in any way affected the capacity of the Fund.''

The ADB President spoke in the same breath as the Nigerian Vice President, Dr. Goodluck Jonathan who made spirited appeal to African regional countries in the ADB to shore up their investments in the bank to enable it drive its programmes of development, especially at this time of global crisis.

The approved fund is not a loan, but part of Nigeria's resources at the Nigerian Trust Fund, (NTF), a lending window created by Nigeria in 1976 and being managed by the ADB for poorer African countries where they borrow at concessionary rate.