I still smoke Igbo, so what...– Seun Kuti 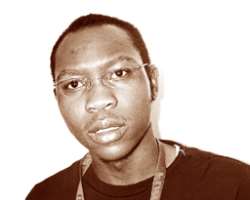 Seun Anikulapo Kuti is the son of Afro beat legend, Fela Kuti. Recently he returned from a tour of some African and Western countries. He shared his experience with Flora Onwudiwe. He also talked about his new album, relationship with siblings and his father's band, Egypt 80.

Experiences while on tour?

No experience on my tour; it is not a new thing to me. But this year, I had been to some new places. Early this year, we had our first tour of Africa. We also went to Australia, New Zealand; I had not been to all these places before, they are quite new to me. New Zealand is the farthest country in the world, we met a lot of beautiful and nice people. Going on tour is all about musical experiences, from stage to hotel, from hotel back to the bus, from the bus you get to different towns.

Were you on invitation?

Yes. I was invited by the biggest World Music Festival in the world called WOMAD. It serves like 27 countries or more. I did world academy in the U.K. and they said they want to do one in Australia. So I went to Australia, we did WOMAD, there and also in New Zealand as well.

You performed your maiden album or Fela's music?

No. My album was released in Australia on March 3, this year. I am still going back to Australia. Once the album is released, I have to tour Australia with the album because that was what I was doing last year. My album was released in the United States, in Europe and England last year. I was touring all year, promoting the album. And this year we are starting again because we have just finished the sub-Saharan African, Australia and New Zealand and we are going back there to prepare properly for the album.

Your albums and titles?

I have only one. My next album comes out by the end of October this year. It is called “Many Things.”

Philosophy behind your music?

It is an Afro-beat album. It is political philosophy because Afro-beat was created for the emancipation of the black continent in Africa. Until that is achieved, except you don't know what Afro-beat is about, I don't see how it can change. Afro-beat is for expression, so that is what the album is all about.

I don't want to have any other name for the band that has been existing before me. So what is the point of changing the name? The band is what it is so, that is what it is going to be. There is no point changing it.

The cost of producing the album?

For tax reason, I cannot really say how much it cost me, not that I haven't paid my Nigerian tax, I am talking about international tax. I cannot really explain how much I spent on the CD, but we have spent a lot of money. I don't think anyone in Nigeria could produce with that amount of money. I got a good top up-front in producing the CD. There is a friend's biggest studio, Davu, in Paris; we had a week there, an incredible time.

Why did you choose to produce in Europe?

I signed with Toyota, a French musical company. I gave them my CD and they released it. Fela's band has never been a local band. The only thing is that we are trying to bring that same popularity back here, because the band has done so well internationally. And I think, we have not done any publicity in Nigeria, we have not been pushing the album well enough and that is what we are correcting now. Since I have done all these, I have satisfied my obligations for promoting this album so far, after that I am going to be home. Last year, I was home for four to five months, this year, I am going to be home about the same time, but not in junks. Last year, I was home in bits, I will just come back in two weeks, travel again and come back in three years. Like now, I have a month, two months when I can do things for the album and push it here, so that is the plan I have for the album, though, my album is released internationally.

Wearing your father's shoes, has it had any serious impact on your album?

That is one thing about Afro music, just because I am Fela's son, people automatically feel that I am wearing his shoes. Fela is not the kind of artiste that you can look at his legacy and his shoes are not what somebody can really wear, because he has not influenced only his children alone. I don't know about Nigeria, what they are doing about our music here, but in Europe and America, there are hundreds of fans playing Afro-beat. All of them want to be like Fela. Literally, I am telling you, even in Israel, Japan, Mexico, New York, all over America, Los Angeles, California, Texas, Atlanta, Miami, Chicago, Minessotta, Winscosin, Canada, everywhere, Afro-beat band is a phenomenon, it is huge. So many people too have been influenced by Fela that they play Afro-beat and they all want to be like him, dress like him, talk like him. Everybody has the mentality of expressing themselves and all their music is political, just like Fela. So, it is not the matter of wearing Fela's shoes.

Do you still have a strong bond with Dede Mabiaku, because he seems to have a spiritual influence on you?

Yes, I see him almost every week. Just to correct you, I don't believe in spirituality of any kind, there is nothing like spirituality. Dede is somebody that I have known when I was six years old, what do you expect? I have known him for 20 years. He used to be here with me, take me out, I will go out with him, and he is like a brother to me. Of course, we have to be close, it is just natural.

Both of you have been promoting your father's music and now that your album is out, do you still perform together?

When he has shows and I am in town and I have the time, I attend and definitely, I jam with the band and when he comes to my shows, he also jams with my band. It is the musicians' way of life, respecting one another.

How have you been coping with your father's band?

We have been doing pretty well, everybody is doing fine.

People believe the Shrine is an abode that harbours people of the under- world and people with questionable characters, how do you intend to sanitise the place?

But these men commit all kinds of atrocities.

That is the way they are committing in the Senate, ministers' offices, NIPR offices and in PDP, Stock Exchange. I don't see any kind of atrocities they are committing in the Shrine, because you don't have evidence and they would just come there to harass people for nothing. There are no criminals in the Shrine. Absolutely, no criminals! Everybody in the Shrine is there to enjoy Afro-beat music. If people in their government offices are behaving like most of the people that I meet in the Shrine, I think we would have moved Nigeria forward. The men of the under-world are people in government.

The legal case between you and your brother Femi, has it been settled out of court?

I don't want to talk about the legal case between me and Femi, it is an old news now.

Do you still talk with Femi?

Yes, I see him often. We are in talking terms.

The role of Yeni in the crisis?

This is an issue that has ended seven or eight years ago.

How about your fiancée, when is the wedding bell going to toll?

No. I have no plan for marriage.

At least, you have a lover.

Anyway, she is not a fiancée. I am not prepared to marry anybody. And I don't even believe in the institution of marriage. Marriage is an illusion of happiness. I have not really seen happily married couples that have been married for more than five years.

Are you into any business?

I am not into any business. I am a musician.

Have you gone back to finish your music programme in London?

I had graduated and the transcript of my certificate had been sent to me. I passed. They keep the certificate there, when I need it, I will go and collect it.

What area of music did you specialise in the university?

I did a course in popular music and sound technology.

Liverpool Institute of the Performing Arts.

Any plan to further your education?

I don't have any plan to go back for my master's. I am okay with my first degree. I won't even call it a degree programme, but it was a course. I think they do more than a degree course, because you do so much work as a musician, working for them, doing music business is more like preparatory school for the professional world of music.

What other instruments do you play apart from saxophone and piano?

You once told me that Indian hemp inspires you to compose music and perform on stage, are you still smoking Indian hemp?

I still smoke Indian hemp; it is only in Nigeria that this thing is news. I have said yes so many times, people are still asking, next time, I would say, 'no comment!' Maybe that would stir up further controversy.