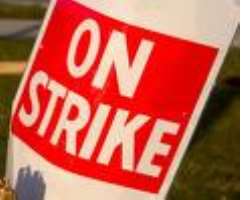 By Davidson Iriekpen
Minister of Health, Prof. Babatunde Osotimehin, has called on Nigerians to prevail on doctors under the aegis of the Nigerian Medical Association (NMA) not to embark on the industrial action expected to begin any time from now.

Osotimehin said this was necessary because as a member of the medical profession, it was his duty to deploy his office to advocate the collective interest of all health professionals.

He warned that unless the strike by the doctors was shelved, “there would be unnecessary loss of lives which can be avoided if they can delay the call for immediate implementation of their pay package by another two months maximum”, warning that lives lost in the cause of strike action could never be regained.

The minister noted that even though agitation for improved wages and benefits for doctors had been on for over 11 years, the present administration and especially the current leadership at the Federal Ministry of Health was committed to settling the issue faster than any other before him.

He revealed that the July 15 ultimatum given by the NMA, “will take longer than July 15 for the agreement to come to the point of implementation”.

The Minister pleaded with the doctors that the process would have ended before or by the end of September.

He assured the doctors that President Umaru Musa Yar'Adua had already expressed his willingness and commitment in principle to this process, adding that as soon as the figures were put together, the agreement would be put into effect.

According to Osotimehin, there is a due process that must be followed within the government system for the agreement to be implemented, in order to make for appropriate planning.

The doctors, under the umbrella of NMA, had been agitating for better pay and better conditions of service for its members in the Federal Service even before Osotimehin was appointed to head the ministry last year for which they gave the Federal Government up till today to implement failing which they will go on indefinite strike.

Part of the main request of the doctors was the adoption and implementation of a Medical Service Scale (MSS) for doctors in government employment.

But on assumption of duty, the minister received the doctors in audience and promised that their demands would be addressed.

THISDAY checks revealed that subsequent to the meeting, Osotimehin initiated consultations and discussions with the relevant persons within the federal executive system with a view to addressing the issues involved.

The consultations, it was gathered, were still ongoing when the members of the NMA held their annual general meeting in Abeokuta, Ogun State, in April 2009 during which their threat of a strike was first muted.

However, with the intervention of officials of the ministry and the explanation of the efforts that the minister was already taking to address their demands, the idea was dropped.

The Minister of Health, it was also gathered, sought and got the approval in principle from the President for better and improved pay for the doctors and with that gave the go ahead for negotiation of the specifics of the packages.

After extensive deliberations and negotiations with the NMA between the 11th and 12th of May, 2009, the body came to an agreement on the salary structure and allowances of medical and dental practitioners including specialist allowance, call duty allowance, teaching allowance, among other packages. The agreement was documented with all parties appending their signatures.

Based on the agreement, the NMA was believed to have written a letter to the Minister thanking him for bringing the issues to a delightful point.

But in a dramatic twist, the “Thank you” letter stipulated an ultimatum of July 15, by which time the agreement must be implemented without any input from the ministry and was not based on any empirical platform, neither was it a part of the agreement signed by the parties.