Pick wife for your son? 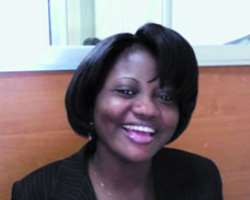 A few decades ago, it was customary for parents to marry for their children, especially mothers, who take delight in match-making their children with family friends. The practice was so rampant that any marriage contracted outside this norm was unacceptable to parents.

Most parents, at the time, believed they were more knowledgeable about life and marriage to pick the right wife or husband for their children. In fact, some children were even betrothed from birth or at infancy while the spouse, in this case the man waits for his 'wife' to mature.

The trend is no more rampant, although it is still prevalent in some cultures. But not a few families still cherish the idea, especially those in the upper stratum of the society. They may not agree that it is for material benefit as they see it as a way of strengthening family ties. As a mother, would you pick a wife for your son?