My Kids Grew Up Knowing And Seeing Turntables Jimmy Jatt 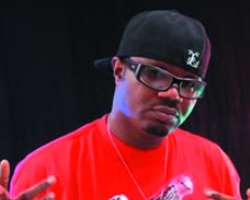 Jimmy Jatt is in the forefront of the disc jockey revolution in Nigeria.

Born Jimmy Amu in Lagos Island, where he began his career as a DJ, the music man is top on the list of show promoters. After several years of showing his mastery of the turntables, he has simply become a household name on the Nigerian entertainment scene. Just when many thought he had done it all, he released a 21-track album and started a television show, Jimmy's Jump Off. Recently, he launched another initiative tagged Battlefield. In this interview with Gbenga Bada, the entertainer reveals a lot about his personality.

Why are you hosting a music reality show called Battlefield?

I get very excited whenever I hear or listen to people talk about battlefield and I also get excited talking about it. This is because I feel it is another way and avenue for grooming new set of people, up and coming artistes and next generation stars. This, I think, is helping and keeping youths away from violence and the street so that in future, when I look back I would be confident to say that I have contributed my own quota to the entertainment industry.

The Battlefield is not just for musicians alone; it's a combination of freestyle battle, rap battle, DJ battle, dance battle and singing battle, it's more like showing the world the raw talent that is embedded in you as an artiste. If you think, you have got it and you haven't gotten the avenue or platform to showcase what you have got, then bring it on to the Battlefield.

Will it be correct to say that you haven't achieved much with your TV programme Jimmy's Jump Off and this is responsible for your new concept?

Not really. For me, when I move around and people talk to me, advice or give kudos, the part that I enjoy most is when I am being complimented for what I do, when people tell me, I am doing a good job. It sounds good and makes me feel good about myself. Most times I look for ways of improving on that and making it better and getting more of such compliments. You see, I do gigs, play at shows and all that but the most exciting part of my job is when I am complimented for being responsible for the change or impact positively in someone else's life. I am doing this because I believe some few years from now, some of those that would emerge winners would come out and become big stars and I would be able to look back and say, 'yeah I gave them the opportunity.' They would also be grateful for the privilege and chance that made them who they are. And that gives me more joy and fulfilment than even money.

What would be your reaction if this concept is said to have been a copied one?

I don't copy. Aside that, there's no idea that is new on earth and as much as I run away from being like the rest, I would want to state that somewhere, somehow, a similar concept to the Battlefield might have been staged even without me knowing. But believe me, I don't copy. What I do is come up with my own ideas. There are, however, no ideas in the world anymore that would be 100 per cent fresh. It would be similar to something from somewhere but it's strictly my idea. I sit down and think, what is needed, what is missing, what can I do, how do I go about it and I come up with it. In coming up with it, you realise that people start telling you that there is something similar to it somewhere out there but it's not exactly the same. Because there is a similarity out there does not mean we should not have it here in our country. I really don't get bothered when people criticise the Battlefield being similar to anything or something out there. This is because in the true sense of it, what is totally new that hasn't got a bit of similarity somewhere, somehow? In terms of the way it is going to run, it's totally different from the rest because I tried hard to stay away from the way those similar shows run.

Although you have released an album, it is still believed in some quarters that you are one of those behind the scene entertainers. What is your response to this?

First of all, I don't sing. There are 21 songs on my album and you won't hear me sing in any one of the tracks. I am more like the hype man, director and stage man of the songs; I am more like the man who puts everything together. I don't sing or rap, I'm just the director who comes up with the songs concept and ideas and look for people that would do well on the songs and we get it done. It's just my own way of teaching young DJs the way to go. I think this is the way many DJs are now going. It's like a make or break thing, if it had failed many wouldn't have taken to it but now many DJs are already taking to it. It's just my way of telling young DJs that you can do more than perform at gigs, shows and concert even without necessarily singing. And there, they take it to the next level.

Like I said earlier on, nothing is new under the sun. It would not just be all the same thing. Other foreign DJs might have been releasing albums but I don't copy like I said earlier on. It's not in my habit to copy or imitate, I get ideas and get motivated to do things and I go on and do them irrespective of what anybody might have done that is similar to that. The album I released is just a part of me that has been waiting for so long to be released. Like I said, I don't sing or rap and I don't intend to, my visions are far greater than sitting somewhere and copying someone or a foreign act. Aside that, has any DJ ever done this in Nigeria? Or would you say because somebody in the UK or U.S. has done something you have always wanted to do, you shouldn't do it? It's simple, I do what I want to do because I have the idea and the mind to do it, not because someone somewhere had done it before.

Why are you doing these things since you have been able to do well for yourself as an entertainer?

First of all, I am a DJ, and until recently that was not something or career that people give the much expected regards and accolades. I want to earn my respect as a DJ and make a good name for myself in the profession. I want to make the profession something worth the while of anyone who chooses to go down the path. I'm not getting any younger and I want to quit being a disc jockey one day and then I want to look back and proudly and confidently say that I was once a DJ. If you agree with me, you'd understand that the only way you can quit something and look back at it saying it proudly and confidently that you are a part of it is when you are sure that thing isn't a disgrace. A whole lot of footballers, who played the game when it was nothing are very proud to say that they were once footballers because football is doing so good now in Nigeria. I want to be like the Segun Odegbami and Stephen Keshi of football in DJ because by then, DJ would be on a respectable level with several other careers. In a nutshell, this belief is responsible for my energetic and innovative ways.

How did your kids come about the mastery of the turntables even at their young age?

Basically, my kids grew up knowing and seeing turntables, CDs, musical plates and all that in the house. So, naturally, they fell in love with the instruments, they watch me do my thing when I'm in the house and I personally encouraged them. For me, all the effort I put into my career is just my way of improving on the standard and encouraging the younger people, including my kids, to do more. If my kids decide to master the turntable then it's all good, it's like you dress it all up and make it expand. If (Austin 'Jay Jay') Okocha's children decide to be footballers, he's going to encourage them because it is a noble job and that's the level we want to take disc jockeying to. Why would I discourage them if the profession is noble enough for people to want their children to get involved? I could remember when I started many parents would not encourage their wards to get involved. Some even discouraged their kids from being friends with me but now, they look up to me, the parents now tell their kids to emulate me. We have to always look outside the box. You'd find out that outside the country, some DJs are so big, even bigger than many Nigerian top artistes.

Can you tell us some of your most challenging periods while playing at shows?

Well, its quite challenging but you can be surprised at how much people enjoy and love what you do. I am always happy when people tell me how I have impacted on their lives or how I have been able to make them happy at shows, gigs, concerts or what have you.

But I would tell you that some of the things that challenge me aside what I have told you was when a fun seeker pulled out a gun on me simply because he wanted me to play his choice of music. It was so mad that I wondered how well and far the art of DJ has gone and influenced our youths and people. It took the intervention of God to make him soft pedal. It could be challenging but it's quite fun and interesting.