Why singles fall for deceit 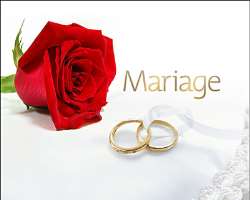 SINGLE, searching and desperate Anne never knew she would fall prey to Hassan's trap. ”He had been married for five years but he said his wife was unable to get pregnant and have children. Initially, I thought it was more of friendship but as we progressed, I realised I had fallen in love with him,” the 28-year-old nurse says.

Did she think of marrying him? She says, ”Why not? He was caring, he was generous and he was ready to do anything for me as long as I had a baby for him. I did not hesitate either, got pregnant, had a baby boy but saw another side of Hassan. He became very cold and was always in a hurry to leave. When I challenged his strange behaviour, he said his wife was now pregnant and needed him around her!

”Was I enraged? At some point, he stopped coming but deposited funds in my bank account for his child's upkeep. Later, I discovered that his wife was not barren as he claimed but had all female children! She had a baby boy after mine and they are back together. I was told she even knew about me, encouraged Hassan to take care of my baby but vowed that I would never enter her matrimonial home. I have decided not to nurse any regret because I had jilted Kingsley, a promising young man, who would have married me if I had not gone for Hassan. I can't even go back now because I am a single mother.”

She says, ”When Tade proposed to me, I felt on top of the world,” Grace, a politician says. According to the 42-year-old lady, her political career was facing opposition just because she was single. ”My opponents mocked my status and when the party chieftains were getting uneasy about this, I became desperate. Luckily, I met Tade, an artist who designed our party's logo and we became very close. He was five years younger than me but was very mature.

”He was caring, rendered advice and became my accountant. We did the campaign together, he was a shoulder to cry on and I urged him to move in with me. He was assumed to be my husband and you could imagine my joy when he proposed. If only I knew he had other motives! After 14 months of my holding public office, he eloped with my personal assistant! Since he had access to my privacy, he was able to get documents for their travels and even made away with thousands of foreign currency which were kept in the bedroom.

”Maybe that was the price to pay for my folly! Unfortunately, we never got married after his proposal because I made use of my maiden name (my father's ticket) and he was always assuring me of a big society wedding immediately I got pregnant. He said it was his mother's advice since I was older than him. I have made up my mind to track them down!”

Nelly's friends had warned her about dating 30-year-old Greg. She says, ”They said he was always asking them out even when he knew we were all friends. I never believed this because Greg was godly and very quiet. We met in church and I must confess that he was every lady's dream. He could quote scriptures unending and we always prayed together. I did not listen to my friends and even barred them from visiting anytime he was around. How foolish I was! I was oblivious of his activities in the church because I was not too friendly.

”He was always asking for money and drove my car round town. I was surprised when the church's disciplinary committee invited me and asked questions on whether I was also pregnant like five other sisters in church! Greg, I understood, was dating many sisters, especially those with cars and who lived comfortably. He must have assured them of marriage because they all were preparing for weddings and applied to the marriage committee for approval. Though I was not pregnant then, I was ashamed to even acknowledge that I was dating him. In fact, I denied ever meeting him. I heard these ladies had decided to keep the pregnancies but Greg just claimed paternity of one! Maybe that was the one he loved among all of us!”