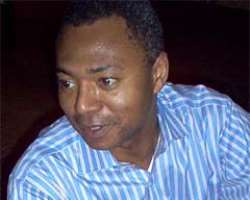 Several filmmakers, stakeholders and practitioners, including Mr. Charles Igwe, who are all licensed distributors under the new Film Distribution and Exhibition Framework of the National Film & Video Censors Board (NFVCB), have further applauded Mr. Emeka Mba, the D.G., of the board, for making the new initiative broad, holistic and all encompassing. They also maintained that even if NFVCB decides to license multiple film distributors, the number would not be too much, considering the magnitude of the market, which extends to West Africa, America, West Indies, Brazil and the UK, etc.

Speaking separately, Mr. Igwe made the remark at the Film Distributors Convention put together by NFVCB, at the recently held BOB TV, at Sheraton Hotel & Towers, Abuja. According to him, the market is quite large to absorb all the licensees if they are focused.

He therefore advised his fellow distributors to concentrate more on how they want to structure their businesses, adding that distributors should not concern themselves only on how to get money to make films, but worry about structures that would allow them take full control of the delivery of the product to the people

Also speaking in one of the sessions at the convention, Mr. Mba, told the distributors that though they might have differences, some of which were irreconcilable, they should however, be able to identify the common enemy and collectively deal with it.
The Censors Board boss further emphasized the need for structures, which he said though, are already existing minimally, but there is need to strengthen and formalize them for maximum potentials.

Mba, also stated that every good enforcement is based on the cooperation of stakeholders. He therefore, solicited for quality information from them and assured that with the renewed energy garnered from the forum, the Board is now poised to be more aggressive in enforcement activities.