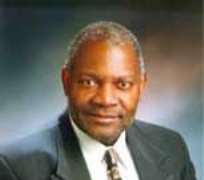 How much is a human worth, or more pointedly, how much are you worth? The World just recently witnessed the passing away of a great hero to many, a music genius and icon, a child prodigy, the one and only Michael Jackson. The air waves have been dominated with all kinds of commentaries and stories of his life. One of those dimensions of his life that repeatedly came up is how much was he worth?

You can go on the internet and Google or Yahoo this question, “How much was Michael Jackson worth?” I got a bunch of answers including one that goes like this: “AP Exclusive: Michael Jackson claimed net worth of $236.6 million in 2007.” Net worth is commonly defined as total assets minus total liabilities for an individual or company. How much are the world's celebrities worth? Bill Gates' net worth in 2009 is placed somewhere around $40 billion. In the Forbes magazine list of top twenty billionaires in 2005, Helen Walton (of Wal -Mart) was ranked 13th with $18 billion. Oprah Winfrey ranked number 462 in 2008 with a net worth of $2.5 billion. Were Nigerians on the list of billionaires? The only Nigerian that appears to have made the list is Aliko Dangote. I guess our other homegrown Nigerian billionaires must be good at concealing their assets all the way from secret coded accounts to under pillows and in attics of houses; that way, Forbes could not keep track of what they have.

What about one billion Naira? Here, I am confident that several Nigerians have made it to the list. How long will it take to squander one billion Naira at the rate of N15, 000 per day? The answer is 180 years or so. I chose N15, 000 that converts nicely to just about $100 per day.

By the way, being a billionaire in some countries may be very worthless. I remember a country in Africa where not long ago you needed billions of the country's dollars to purchase bread! Let us not go there for the moment, let us keep the focus on Nigeria and the USA. It is important, however, we keep the focus on net worth, and not just on earnings.

For example, students applying for financial aid to attend Colleges in the USA do complete FAFSA applications with their parents. One of the sections completed requires determination of the parents' net worth, which in turn determines how much Government financial aid will be provided. Financial institutions in like manner use the net worth of individuals to determine whether or not to grant loans. Quite often when we compare what people earn in the USA with what their counterparts earn in Nigeria we simply compare assets (what they earn or have) without considering liabilities (what they spend and owe) and we come out with rather shallow and often misleading conclusions.

Here is a catalog on earnings and net worth in the USA:

· The rank-and-file US Congress Members have current salary (2009) of $174,000 per year. Both Senate Majority and Minority Party Leaders receive $193,400, the same as House Minority and Majority Leaders. The Speaker of the House receives $223,500.

· How much do College/University Presidents Earn? A recent survey reported by the Chronicle puts the median compensation of presidents at public universities at $427,400 in 2008. The highest-paid president earned $2.8 million.

· What about University Professors? A report recently published by the American Association of University Professors (AAUP) lists faculty salaries in the range $168,300 to $192,600 for the top ten universities. Comparable figures for the top ten faculty salaries available at public universities are $136,000 to $144,500. Typically, university professors salaries are for 9 months and do not cover the summer months. Also, it is not unusual to find professors in a department whose salaries are higher than what the head of department earns. Football coaches frequently earn a lot more money than College Presidents. I know of one University that pays a football coach $4 million a year.

· How about net worth? The net worth listed for the Executive in the US government for 2007 ranged from about $48,000 to nearly $100 million. For US Congress members, the net worth for the same year ranged from a negative (-$4.7 million) to a whopping $397.4 million. While I cannot locate figures for others, we can at least go over the usual items that fall under liabilities for most of us. It used to be said that there are two things we cannot avoid – death and taxes. I believe we should add bills to the list.

· Mortgages on houses vary significantly across the USA. Also how much an individual pays monthly depends on for how long the loan is taken and at what interest rate. It is not uncommon for individual home owners to be paying $1,500 to $2,500 per month on mortgages. The alternative of rental property can run from $500 to $2,000 a month, depending on how big the property is, and where it is located. If you have a note to pay on cars, you may have to add another $300 to $500 to your monthly bill.

· Tax payments are taken very seriously in the USA. A sitting Vice-President had to step down for not reporting an income and thus failing to pay taxes on the income. More recently, a few nominees for office in the US government had to withdraw because of questions raised on back taxes owed. For high income individuals, taxes (Federal and State income taxes, social security tax, Medicare tax, etc.) easily shave off about 30% of their income. Add to these sales taxes on nearly everything including food, property taxes on houses and cars.

· When you have kids to send to school, the cost can be overwhelming. Fees for Tuition and Boarding are constantly on the rise. The times are indeed hard for many in America.

What about the situation in Nigeria? Let's go over some of the grounds we did with the USA:

· What do professors and lecturers earn in Nigeria's universities? I do not have up-to-date figures but I know that professors typically earn more than N150, 000 ($1,000) per month. In general, earnings in Nigeria appear to be an order of magnitude lower than what they are in the USA. How do the liabilities compare?

I started this letter with a question on the worth of an individual. By way of conclusion, permit me to share a few thoughts from Scriptures on riches and the proper measure of the worth of any person.

· The Preacher wrote, “I hated all the things I had toiled for under the sun, because I must leave them to the one who comes after me. And who knows whether he will be a wise man or a fool? Yet he will have control over all the work into which I have poured my effort and skill under the sun. This too is meaningless.”

· “God gives a man wealth, possessions and honour, so that he lacks nothing his heart desires, but God does not enable him to enjoy them, and a stranger enjoys them instead. This is meaningless, a grievous evil.”

· Jesus had this to say to the would-be rich: “Watch out! Be on your guard against all kinds of greed; a man's life does not consist in the abundance of his possessions.” He went on to tell the story of a very successful rich individual. He had a bumper harvest, and he thought to himself, “I will tear down my barns and build bigger ones, and there I will store all my grain and my goods. And I will say to myself, 'You have plenty of good things laid up for many years. Take life easy; eat, drink and be merry.'…” [Knock, knock who is there?] “But God said to him, 'You fool! This very night your life will be demanded from you. Then who will get what you have prepared for yourself'…” Jesus added, “This is how it will be with anyone who stores up things for himself but is not rich toward God.”

· “…no one knows when his hour will come.” This is a fact of life that we all know.

The whole world has been in the throes of mourning the passing away of a great individual. As we read from one of Shakespeare's great plays, we have come “to bury” Michael Jackson, “not to praise him; the evil that men do lives after them. The good is oft interred with their bones, so let it be” with Jackson. Michael Jackson was only 50 years old when he passed on. He made his mark his own way. May his soul rest in perfect peace!

How much are you worth? There is a tale of “The Emperor and the Abbot” retold by Lilian Gask. One question the Emperor put to the Abbot was this, "How much am I worth to a penny, when my crown is on my head, my sceptre in my hand, and I am clad in my royal robes?" A poor shepherd that came to the Abbot's rescue had this answer to the question, "The Saviour of the World," he said, "was sold for thirty pieces of silver, and, since your Majesty would not claim to be so great as He, I therefore estimate your value at one piece less." Someone has suggested that the thirty pieces of silver would convert to $19.20 at a time when a common labourer earned 0.17 cents per day. It is interesting to note that in Old Testament times, if a bull gored a slave, what the owner of the bull must pay as compensation was a mere thirty shekels of silver.

We have gone full circle! Human worth must not be measured simply in terms of material wealth. Wealth can disappear as easily as it comes, as recent losses on the Wall Street tragically show. Rather, human beings have worth and value because we are all God's creatures. I love these words that are engrained in the American psyche, “We hold these truths to be self-evident, that all men are created equal, that they are endowed by their Creator with certain unalienable Rights, that among these are Life, Liberty and the pursuit of Happiness.” As God's creatures, let us take to heart what Jesus said, “What does it profit a man if he should gain the whole world but lose his soul?”