A Different Way of looking at Scripts 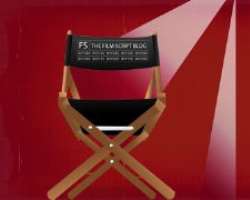 I have always wondered who determined the rule that 1 page of script is equal to 1 minute of screen time? So a feature film that is more than 80 minutes in length would be roughly equal to about maybe 80 or more pages?

From my experiences working as a Continuity and Script Supervisor, the above rule (I wouldn't say it is a rule, it is only a guideline) is only true for scripts that are very heavy on dialogue. It really depends on the Director, his style of filming and what kind of genre, that determines what makes a feature length script.

I can think of one possible reason that this “guideline” came about. When film was starting in the west, it was greatly influenced by the traditions of drama and theatre. Most of the early scriptwriters are initially from theatre. So naturally, when they are developing scripts, a very dramatic and dialogue heavy approach is adopted. Also, when novelist starts writing scripts, they tend to follow this approach as well. As more and more people started writing scripts in this way, it naturally became a some sort of rule.

I have no objections to guidelines or rules, it is just that it should not be taken as a GOLDEN RULE. A script is just an intermediate element of a film. A film is not word based, it is made up of images. A line in a script that describes the sunset could mean a 5 minute scene for a certain Director, depends on how he wants to film it and what he wants the image to mean or the audience to feel. An experienced film maker, after reading a script that is only 30 pages long comprising of only 36 scenes, will be able to tell you that this is enough for feature length because of the way it is structured, the depth of the story and the images it attempts to describe