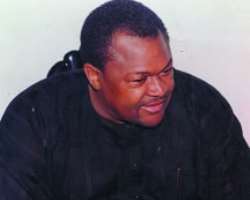 The recent plan of telecommunications giant, Globacom to endorse and make some top Nollywood stars its brand ambassadors is currently causing ripples in Nollywood. And according to our reliable insider, if not properly managed, might tear Nollywood apart and probably pitch the Otunba Mike Adenuga led organization against some leading practitioners in the nation's motion picture industry.

We further gathered that some of the complaints put forward by most of the aggrieved practitioners, who are also popular names, was that Glo's selection process was heavily biased, smacks of tribal sentiments, devoid of due process and totally against global best practices. “It is a known fact that some top officials at Glo, only hand picked their actors and actresses friends in Nollywood, while others made the list based on tribal sentiments and favouritisms.

If you look at the controversial list thoroughly, you will agree with me that some of those chosen, as ambassadors do not have any business being on the list, let alone representing Nollywood for Globacom, especially now that we are re-branding Nigeria.
We are not saying that Glo must use all Nollyywood stars as their ambassadors, all we are asking for is that the selection process should be very transparent and devoid of ethnic colourations or favouritisms. Even some qualified stars earlier chosen were later dropped without concrete reasons, and we suspect foul play.

We are using this opportunity to call on Glo to immediately rectify this anomaly and save Nollywood from further disintegration,” disclosed this popular practitioner in Nollywood, who wants to remain anonymous. Trust us to keep you darling readers posted, for more fireworks, while also waiting for an official response from Glo.