FOREIGN MUSICIANS HAVE NO REGARD FOR NIGERIAN ARTISTES------OBIWON 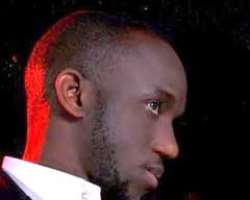 Obiwon says he has found his faith - in God and in his music.

By age 15, the 'Onyinye' singer was already writing music. This comes as no surprise. His father is Sir Humphrey Nwokolobia-Agu, a renowned Folk/Classical music composer and arranger, who composed the theme song for the Nigerian Television Authority's (NTA) epic series 'Things Fall Apart'.

Obiwon first pursued a career in banking until 2006, when he voluntarily resigned to focus on his first love: music.

That same year, he released his debut album, 'Overture' which contained his hit song 'Onyinye'. The album, or maybe the single, earned him the Nigerian Music Award for Voice of the Decade.

Then there was a long silence until 2008, when he released a remix of one of his tracks 'Obi Mu O' featuring Guchi Young, MI, Illbliss and Blaise. The track earned much critical acclaim.

Q: Where has Obiwon been?

A: After my baptism into the music industry with my first album, Overture, I've done singles and remixes with MI, Blaise and Illbliss. I have however been out of the scene for a while and within that time so much has happened in my life, I have discovered [more of] myself musically and in other aspects that will reflect in my next album 'The Rebirth'.

A: The album is about the changes in my life. I've gone from being a professing Christian to an active Christian, that's a huge change and it's going to reflect in my music as regard my lyrical content and my general mission.

My music now will reflect my new convictions and faith whenever am singing on human relationships and my relationship with God. So in 'The Rebirth' expect to hear an Obiwon speaking about his experiences with love, my environment and especially with God.

Q: Under Which label is the album going to be released?

A: It's going to come out from the stables of Jdimusic. We have also opened discussion with other record labels both within and outside the country but since the deals are not signed yet, I won't mention any here.

We are also looking at partnership with marketers as I have broken out of Now Music, the company that managed my first album. Regardless 'The Rebirth' will hit the market by God's grace this June.

Q: Why did you break away from Now Music?

A: It's a development thing. I basically started my professional music career with Now Music, I signed my first contract in 2005, I believe in the past four years we have done what we can do together for the 'Obiwon' brand, it's time I move ahead.

There comes a point in time where you just have to make these decisions. It's a business relationship; it's not a marriage so it can't be forever.

Q: Will there be other known musicians on 'The Rebirth'?

A: I already have one that features plenty [laughs] on one song. The 'Obi Mu O' remix has Blaise, Illbliss and MI on it. Yeah, there is likely going to be one or two more collaborative efforts. I've also worked with J Martins in terms of production and it's going to be the next single out. It's called 'Father'.

Q: Do you still contemplate going back to the banking sector knowing that as a celebrity you can negotiate a great package that will be beneficial for you and any bank you work for?

A: A lot of people have said that, including my friends. In fact somebody mentioned it to me last week that I can actually draw the money in entertainment into a bank and get a fat salary from doing so.

But with all modesty, I think I've long passed the stage where I'm still thinking "what do I do with my life?" or where I'm looking at taking decisions based on monetary gains alone. Now I'm more vision-and-mission-driven.

I'm focusing, without distractions. It's not about what I'm making or stand to make, it's about self fulfilment, and if I'm fulfilled with what I'm doing, it's only a matter of time before all the gains I seek will come.

Q: You have moved from studying Agricultural Extension to working in a bank and from that to being a singer, what exactly is the driving force behind your movements?

A: [Laughs] Now I'm wondering if I'm okay. I studied Agric Extension because I didn't want to wait the extra year to re-write JAMB (Joint Admission and Matriculation Board) examination and go for the medical sciences that my parents wanted me to go into.

Before I entered the university, I [had] already concluded that music...is what I'll do. I just wanted to get a degree to satisfy my parents. When I graduated and came to Lagos, I got a banking job with Fidelity Bank.

While I was there I started exploring my first love and at a point I felt the door was opened to a reasonable extent so I went in, full swing. But who knows, with the way things are...I may return [to agriculture] after my retirement, but now it's music.

Q: What was your family's reaction to your quitting the bank job for music?

A: When I started the banking job, my parents were glad I was going professional so I couldn't tell them of my plans. I only did after I had resigned. It was a shock to them but after a while they relaxed and supported me.

Q: What major challenges are you facing currently?

A: It is the challenge of many independent labels - financing and promoting projects. Although we don't have the kind of muscle major labels have to push our project, God has been faithful and we are moving on.

We have learnt to use what we have to get what we desire, which is not compromising the quality of our production so that the project will, to an extent, sell itself.

Q: What is your opinion of the quality of the collaborations we've seen between Nigerian artist and their foreign counterpart?

A: Emm, I like the development. It means Nigerian music is growing but the truth is if we remove the artiste's name from these collaborations the music won't work.

You see music is spiritual... When [a track] is a hit, it's from the mixture of the soul of the producer and the artistes involved but when collaborations don't have that chemistry of both artistes being together in the studio, it most likely will not be accepted.

Now that's the challenge, how to make artistes in different locations strike a balance and bring out the soul and passion from the music. I think because of our desire to grow we might be pushing the collaboration too hard that the international artistes have no option than to just give anything.

I also think it shows that [foreign musicians] have no regard for Nigerian artistes. The truth about Americans is that it's really all about them.

I think we are putting the cart before the horse. We think once we collaborate with the big names it will sell the music. It may generate some buzz, but if the music itself is not qualitative, it will not last.

Obiwon's 'The Rebirth' drops June 2009 (and sorry ladies, he's engaged to be married).