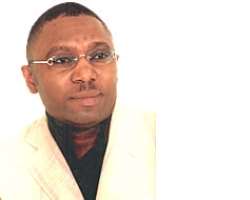 Having cut his teeth in music at the tender age of 14, as a guitarist with his father's band, Popular Jingo & His Royal Dance Band in Ijebu-Igbo, Wale Thompson, no doubt, with his recent strides in the industry confirms the old saying that “childhood tendencies surely orecast adult abilities”.

The few years he spent with his father's band, and stints he had with other juju music groups such as Micho Ade, Late Handsome Wale Abiodun, and The Great David & His Juju Millionaires, among others, greatly prepared Wale for today's challenges.

To meet up with the trends of event, the name of the band was again changed to Wale Thompson & His Juju Hip-Hop Creators. As a dynamic and agile crooner, Action, as fondly called by his fans injected oral quality in his rejuvenated Juju music rendition, which he extensively demonstrated in his debute album, My Time, released in 1994, under the record label of Sigma Disc, owned by the undisputed King Sunny Ade.