ASSAULT: UZOMA OKERE WINS ROUND ONE 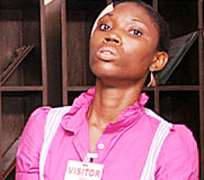 JUSTICE Opeyemi Oke of a Lagos High Court, on Wednesday, dismissed the preliminary objection of Rear Admiral Harry Arogundade and the Nigerian Navy, challenging the jurisdiction of the court to hear a suit by Miss Uzoma Okere.

The lady was reportedly assaulted by six naval ratings attached to the convoy of Arogundade on November 3, 2008 on Muri Okunola Street, Victoria Island, Lagos.

But the defendants had filed objection, claiming that the court lacked the jurisdiction to hear the suit.

In her ruling, Justice Oke held that a prima facie case had been established against Arogundade, NN and Unknown Naval Ratings.

The judge also awarded N25,000 costs against the defendants.

Justice Oke also berated Arogundade and other defendants for wasting the time of the court, saying that the objection lacked merit.

She said, “I hold that the Notice of Preliminary objection and the grounds upon which same is brought is mere waste of the time of the court and it is brought in bad faith to delay the hearing of the applicants' suit for the enforcement of their fundamental human rights.

“I hold that the preliminary objection has no leg on which to stand or knee caps to crawl before this court. It is hereby dismissed with N25,000 costs against the respondents.”

The judge further held that Okere and Abdulazeez had duly complied with the provisions of Order 1 Rule 2 (3) of the Fundamental Rights (Enforcement Procedure) Rules 1979.

She further held that since the court was satisfied that a prima facie case had been made, the court had no alternative than to grant leave to the plaintiffs to enforce their rights.

She said, “I have exercised my discretion on this application for leave for the enforcement of applicants' fundamental rights judiciously and judicially, that a prima facie case has been made.

“I further hold that the applicants did comply with the preliminary steps for the enforcement of their fundamental rights.”

Regarding the issue of service, which the NN and Unknown Naval Ratings claimed was not properly effected, the court held that the defendants had been duly served with the originating summons, affidavit in support and the verifying affidavit.

The court also held that the contention of the defendants that the NN was not served with the originating summons at its headquarters at Plot 1092, Mohammed Buhari Way, Area 7, Garki, Abuja, was misconceived.

She pointed out that the NN and Unknown Naval Ratings were aware of the suit having been served through their Lagos office and represented by a lawyer.

The court held that the Lagos office of the NN had the responsibility to pass the information to the defendants, saying that to declare otherwise would only make a ridicule of the law.