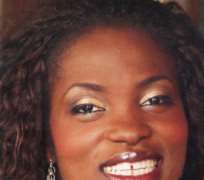 Pero Adeniyi, one of the many lovers of music superstar 2Face Idibia and daughter of city socialite, Chief Jide Adeniyi, Poatson Limited boss, was disgraced last week by Lagos big boy, Habeeb Odofin over the unauthorized use of his car, Honda I-vtec.

http://www.nollywoodgists.com gathered from an eye witness that the America-based big boy gave the car to Pero's cousin, Mariam Ojikutu for use in Nigeria, only for Mariam to claim the car is her entitlement for “servicing” the young dude.

When he heard the babe's claims, Habeeb made to clear his name that he had nothing to do with Mariam by storming Anthony Village, (Pero's neighborhood) where she lives to retrieve his car. Getting to the neighbourhood, Habeeb saw both Pero and Mariam travelling in the car and promptly dislodged them off his car, thus leaving them stranded by the road side and in the full glare of everybody in the area.

Furious that she had been disgraced, Pero yelled on top of her voice, cursing and calling the young fellow names. She was heard boasting that her “husband” apparently refering to 2Face, can provide her a better car.

Pero, mother of three, recently gave 2Face another baby, making it the second from her for the 'Enter The Place' crooner.