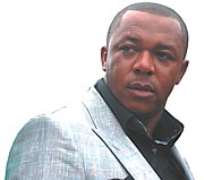 Venue was Nanet Hotels, Abuja and the event was celebrating the celebrity of the month, Emeka Ike. And while Francis, who is the interim chairman of Actors Guild of Nigeria (AGN), Abuja chapter, was being introduced, he decided to show the guests that gathered that there was more to him than just acting.

In this regard, he cracked some jokes and the audience, which at first had to keep a straight face because they did not understand where he was coming from, laughed uncontrollably when he cracked another joke about a stammerer.

Once he left the stage, Whistles caught up with him and asked if he has become a comedian and he said it all started from comedy before acting took firm root, adding that he is an actor with many talents.

He equally expressed displeasure at the way industry practitioners were being treated by critics as it looks as if critics do not look at films and express their opinion.

But whether Duru has decided to do comedy by the side or not, it is still a plus for him since the crux of comedy lies in making your crowd laugh, Nollywood critics or not.