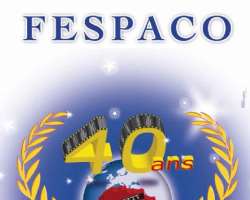 The 21st edition of the Pan-African Film and Television Festival of Ouagadougou (FESPACO), Burkina Faso, began over the weekend with huge representation from the African Movie Academy Awards (AMAA), and Nigeria's Nollywood.

With, “African Cinema, Tourism and Cultural Patrimony,” as its theme, this year's event, which is being attended by filmmakers from around the world, also coincides with the 40th anniversary of FESPACO, as well as the 20th anniversary of the reverred African Film Library of Ouagadougou.

Speaking with us, the CEO of AMAA, Mrs. Peace Anyiam-Osigwe, who led a delegation of Nollywood top actors and filmmakers to the festival, maintained that the biennial event represents the true spirit of Africa and further helps to draw the attention of the world to African films, filmmakers and their diverse cultural heritage and cinematic stories.

Mrs. Osigwe, who for the first time will be unveiling all the movies competing at this year's AMAA, in Bayelsa State, Nigeria, in collaboration with the organizers of FESPACO, maintained that the new partnership would further boost filmmaking on the continent. In her words, “the time has come for African filmmakers to rise up and challenge the rest of the world, by producing true African legends that conform with global best practices,” adding that AMAA and FESPACO's partnership would definitely revolutionize the African film industry.

Also, in his address, the Honourary Chairperson of this year's FESPACO, Cheick Modibo Diarra, posited that the festival, which is also the oldest on the continent, is truly depicting the genius of the African people. “The fact of being quoted among the best cultural and film events is an honour for us.

For 40 years, FESPACO has been depicting the image of an Africa, which longs to get rid of approximations, hesitations and amateurism. It is really at this turning point in history that our contributions to build Africa are expected.”

While delivering his brief remarks, the president of the Board of Directors of FESPACO, Rasmane Quedraogo, hailed the organizers and attendees, for keeping alive the true spirit and objectives of the festival in the last 40 years.

He further urged filmmakers to be more professional in their celebrations of African cinemas and audio-visuals.

Speaking further on the overall importance of the festival and its contributions to the growth of the continent, the president of the Organizing Committee, Soulemane Quedraogo, said that FESPACO, has helped to place Africa on the world map as well as opened doors of opportunities for her filmmakers. "I see this year's event as a clarion call to all professionals of Africa film to get more involved in the conservation of and enhancement of the African cultural and touristic heritage through African films."

This year's FESPACO, which is currently serenading the rusty capital of Ouagadougou, is also paying tributes to late veteran filmmaker, Sembene Ousmane. With two Nigerian films in competition, the festival ends on Saturday, March 7, 2009, with the announcement of winners, at an elaborate ceremony.