Mr. Right? God, I need prayers to get one –– Portia Yamahan 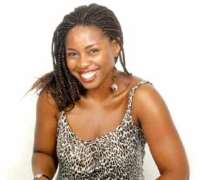 She studied Banking and Finance but never found satisfaction in it. By fate, she became an actress and then, Queen of Next Movie Star in 2006. In a brief chat with Showtime Celebrity, pretty Portia shares the exciting moments she has had in the movie world and what it was then at the house.

There was one house, 16 house mates and a period of 30 days to be spent together. At the end of four weeks, a winner emerged, and she was the winner. That was in 2006.She is about five feet- nine inches tall and fair skinned.

She has an amiable look and a charming smile that will sweep you off your feet any day, any time. Her name is Portia Yamahan; ex-Queen of the Next Movie Star. She is a thorough home bred girl from Delta state, Nigeria.As a growing child, she was a great dancer and formed a dancing group with her sister back in Abuja. Little did she know, she would end up in the same entertainment industry in Nigeria, but as an actress.

“Back then, I used to have a small group with my younger sister. Called, 'Da girls'. We did something back then in Abuja. We would go for shows and perform and then get sprayed with money or sometimes get paid; it was beautiful. So I was thinking, even after school that I could do something as a dancer but that would not be in Nigeria It'd be when I travel out all because I love music.''

But if she has a chance to do something on that right now, will she do it? ''Of course, but I need to loose some weight because I honestly love to dance. But dancing is now secondary to me; I think I want to concentrate more on movies and the business part of the movies like producing and all that.'' Porttia is a stickler for perfection and her carriage, no doubt embodies her aspirations. This pretty faced angel is a movie freak and interestingly, the movie world found her.

A Banking and Finance graduate of the University of Abuja , Portia worked briefly with Guaranty Trust Bank before proceeding to the National Assembly where she also worked briefly and had to leave because of lack of job satisfaction.

The film was directed by Tchidi Chikere, that was my first time in February 2003. My second movie was in the same period and the title was 'Fatal seduction' shot by Andy Amenechi. It had in it Jim Iyke, Ini Edo and other known artistes.

It was beautiful. I love the activities on set. I just love the kind of life I see on set; it was really beautiful. The second production, 'Fatal Seduction' was awesome.”

What could have attracted this fair skinned damsel into the movie world? She says the activities she witnessed on set was one of the greatest attraction she had.

''There was this joy in everything everyone was doing. There was happiness, you could see the zeal and the passion to do these things in everyone present and then they had respect for each other and that was really what got me attracted to this thing.”

A resolute girl, she was and still is. She was determined to win but at a point in the house, she became bored and fed up with the whole activities that she wanted to quit the house. According to her it will make a better headline that she evicted herself by herself rather than being evicted from the house.

''To tell you the truth, at a point, I had to tell them that they should just let me go; I think it was like three days to the end of the show. The truth was that I thought a guy was going to win so there will be no need for me to have stayed.

I was bored and I had it up to my throat, so I just wanted to go so I kept telling them that they should just let me go. I felt it would make a better headline that I evicted myself by myself rather than being evicted. But they were like, of course, that is not possible, that is not what I signed with them and all that.

It was beautiful to work with 15 other talented people and to learn from them; to create new friendship, networking and all that. It was not all fun; sometimes boring, sometimes tasking and sometimes annoying.”

How tedious was the regular day in the house or were there not enough activities in the house? Why was she sometimes bored, we asked her.

“There were enough activities to keep you on your toes, there were activities to make you tensed because when you have the evictions and all that, you don't know who was leaving and of course nobody wants to be evicted.

It was boring in the sense that you were just kept in a house and I can walk round that house with my eyes closed. I know where everything was so it was really boring and it was affecting me”, she said. “I am the outgoing type, I like to go places. Then this going upstairs and coming downstairs was really boring; especially when we have our breaks and all that.

I am not the type that loves to sleep that much, most times, I just sit on my bed and come downstairs and go back upstairs and down again because I am very hyperactive in nature, so it was really boring for me. I felt very caged”, she added.

And then the fun . “ The fun part of it was that I did not have to recharge my phone, nobody was asking me to send credits. I was just away from all these other activities outside the house because they collected our phones.

They are like that because if they (the cameramen) are caught communicating with you (a contestant), they may get fired. And if you are caught trying to chat with them, you will be evicted.”

There are always two sides to every situation in life and Portia''s case was not an exception. She eventually emerged as the queen that year and of course, she enjoyed all the attention she got from the organizers of the contest and beyond.

“It was great because I got all the attention from the organizers of the next movie star. I was being treated like a queen. 'You can't do this, you can't do that; you can't eat here, you can't go there.' It was beautiful. I knew after that, comes reality so I did not get used to it for long because I knew it was not going to last forever. I enjoyed it (the treatment) but with a caution”.With a caution? “Yes.

The reality of waking up someday and having to do so many of these things they are doing for you on your own. Things like getting jobs for yourself. For instance if you have to feature in a movie, you have to go for audition and work towards it or make contacts and all that; that is reality.”

As the queen, Portia starred in three movies, on contract, with the organizers of Next Movie Star. ''I had three movie contract with them which we shot all the while I was with them as the queen. The first one was 'The Waiter' and we had Fred Aseroma, Remi Abiola and all the names I can not remember now.

Then the second one was 'Dance hood' and we had Desmond Eliot, Remi Abiola, Rachael Oniga, Omuni Oboli, Jide Kosoko and a lot of other big artistes. The last but not the least was a sitcom and that is currently running on our local TV stations right now.''

On what it feels like working for the first time alongside professionals she has admired and even dared to criticize?“I was scared and at the same time excited. They were people I love to see on TV.”