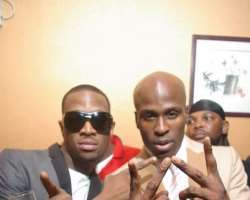 Congratulations to renaissance man Ikechukwu Onunaku aka 'Kilz' for his 'Killzone' album launch which took place this past weekend. The Album is called Life and Times of Killz Vol 1. Ikechukwu is one of the many 'Afropolitans' returning to Africa and using skills acquired in the West to elevate standards, in this case in Africa's music industry.

At the first ever 2008 MTV Africa Music Awards [MAMAs], Ikechukwu took home an award for Best Video. He was also the recipient of the Best Male Video Award at the 2008 Channel O Music Awards. Enjoy pics from his album launch party.