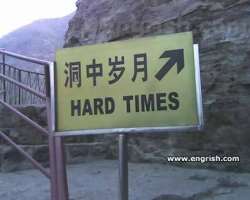 By Onwuka Nzeshi, Abuja
The House of Representatives has warned that the Nigerian economy which largely depend on crude oil exports may witness a major shrink in five years time unless the Federal Government aggressively pursue a policy of diversification of its source of revenue.

The warning from the legislative house is coming on the heels of the enactment by the United States Congress of the American Clean Energy and Security (ACES) Act of 2009 which aims at reducing the country's oil imports by one-quarter in the next five years.

Chairman, House Comm-ittee on Climate Change, Hono-urable Eziuche Ubani, who spoke on behalf of the legislative chamber disclosed that the move by the US to dump oil imports and concentrate on renewable energies was in response to global warming and climate change but would ultimately have adverse effects on the Nigerian economy.

Ubani at a news conference weekend, said by the time the US, the largest consumer of Nigeria's crude oil cuts down its demand, other Western nations and trading partners of Nigeria who had also been investing in alternative energies might follow suit.

He said that since there were several other oil-producing countries in Africa and the Middle East, the international market might witness an oil glut, leading to a crash in the price of crude oil.

According to Ubani, it would be unfortunate for any country and indeed Nigeria if it

does not have another viable foreign exchange earner to fall back on when crude ceases to be gold.

“We have over the years been mouthing this slogan of diversification of our economy because of the realisation that oil will one day get exhausted. Now it is not even about our oil being finished but about the likelihood of our being unable to export even the one we have. This is a wake-up call. It is time to walk the talk by diversifying our economic base before it is too late.

“What will happen to our economy in a few years' time depends on what we decide to do now- that is if we decide to do anything after we hear the call. It is now very clear that the US and other Western countries have decided to move away from fossil fuel to other sources of energy and the implication of this decision on our economy is enormous,” he said.

According to Ubani, the House of Representatives would soon write to President Umaru Musa Yar Adua on this global developments and the threat posed to the Nigerian economy as well as possible response strategies to ensure that the country was not caught unawares.

He disclosed that African Parliamentary Conference on Climate Change which met in Yaounde, Cameroun last week had already articulated a position on the issues ahead of the December 2009, United Nations Climate Conference in Copenhagen, Denmark.

Apart from the continental response, Ubani said Nigeria needed to take a position on the issue of climate change at the highest level of governance. He acknowledged the recent efforts by the House of Representatives in passing the bill establishing the National Climate Change Commission and last week's passage of a bill stopping gas flaring by the Nigerian Senate.

The U.S. House of Representatives passed the ACES Act (H.R. 2454) on June 26 by 219 votes to 212. The new law is a comprehensive national climate and energy legislation and would establish an economy-wide, greenhouse gas (GHG) cap-and-trade system as well as other critical complementary measures to help address climate change and build a clean energy economy in the United States. The new legislation also seeks to cut US oil imports by 25 per cent beginning from 2014 and reduce carbon emission by 20 per cent in 2020. Nigeria accounts for about 25 per cent of US oil imports annually.

Former Governor of the Central Bank of Nigeria (CBN), Professor Chukwuma Soludo, had barely 24 hours after President Barack Obama took his oath of office as the 44th President of the US, warned that the energy policy of the new administration might spell doom for the Nigerian economy.

Soludo said with the new man in the White House proposing a vigorous search for alternative energy to drive the world's largest economy, the policy shift might pose great dangers for Nigeria whose economy is highly dependent on revenue from petroleum exports.

He advised the Nigerian government to take urgent measures to diversify the economy especially towards Agriculture since the crash in the price of crude oil in the international market might become worse if the proposed alternative source of energy was found in the US.

"With the Obama government proposing to invest heavily on alternative energy sources, there is a permanent threat to oil as mainstay of the Nigerian economy. Unless we take urgent steps to address the situation, by also finding an alternative to oil as the mainstay of our economy, we might be back to the similar crisis we witnessed in 1982 when the price of oil crashed, government revenue declined and it became difficult for government at all levels to pay salaries.

“There was also the abandoned project syndrome, increased import of almost anything until government was forced to place a ban on foreign currency trafficking because it was being abused," he said.

In apparent reference to the Senators from the Peoples Democratic Party (PDP) who are demanding automatic ticket in the 2011 general elections, the party over the weekend said that there would be no provision for automatic ticket for any person seeking elective office.

Senators belonging to the PDP in an interactive session demanded an automatic ticket as a measure to contain the quick turnover of the lawmakers and ensure the maximum of the training which they have undergone.

But when THISDAY contacted the National Publicity Secretary, Prof. Ahmed Alkali, to comment on the demands of the Senators, he said: “Please refer to the statement from the party on automatic ticket. Nothing has changed.

“Even the National Chairman, Prince Vincent Ogbulafor, who was at the interactive session with the senators and he deliberately refused to comment on their demand, because nothing has changed.”

According to the PDP spokesman, “Nothing has changed. Please to understand the position of the party, go back to the statement issued on the demand for automatic ticket.”

Alkali in statement in reference said: “The current Constitution of the PDP, particularly article 17 (A-F) provides for the conduct of primaries to elect candidates of the party for each public office.

The conduct of such primaries is subject to guidelines released by the National Executive Committee. There is therefore no provision for automatic candidates in the PDP Constitution. The only means for the emergence of candidates for the party is through the conduct of primaries where all qualified members of the party shall freely participate in the contest of any office of their choice.”

Also referring to the statement earlier issued by the Deputy National Chairman of PDP, Dr. Haliru Bello Mohammed, on Automatic ticket, he said: “The question of automatic second term ticket is against the spirit of Dr. Alex Ekwueme's report on internal democracy.” He also said that automatic ticket is “undemocratic.”

The PDP spokesman also said: “Contrary to insinuations from some uninformed quarters, the issue of automatic candidature for incumbent office holders does not form part of the amendments to the PDP constitution as proposed for the forthcoming National Convention.”

The PDP spokesman further said: “The Party appreciates the need for continuity and quality legislation which will come from the experience garnered by our legislators. There is no doubt that the nation will ultimately benefit from an experienced and stable legislature which is the least developed arm of Government in our history. However, only party members in their constituency can determine their return in transparently conducted primaries.

“The National Leadership of the Party will never impose anyone on any constituency as doing so will negate our principles and commitment to entrenching internal democracy.”

Also, the National Chairman of PDP, Prince Ogbulafor, had last week warned states chairmen of the party from adopting serving governors as consensus candidate. He warned them to desist from the adoption or face disciplinary action.