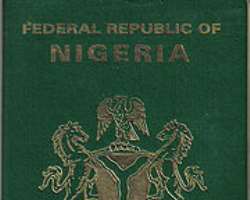 APPARENTLY feeling the impact of the global credit crunch and the increase in crime among her residents, the United Kingdom government is desperate to repatriate over 800 Nigerian prisoners serving various jail terms for sex, drug, immigration and other minor offences in various British prisons.

Consequently, the Foreign and Commonwealth Office (FCO) invited some Nigerian lawmakers and the Controller of the Nigerian Prisons to London last week with the sole aim of hastening the exchange process.

But despite the pressure from their hosts, the five-man delegation resisted being pressured to act until the legal framework was in place.

Though The Guardian learnt that there was a Memorandum of Understanding (MoU) and ongoing discussions for the past two years, the Nigerian side, led by Senate Olalekan Mustapha (Ogun East), was not ready to be rushed into the exercise, citing the amendment of the Prison Act, as one major hindrance.

There is also the fear that if the prisoners' rights are infringed, the two countries can be dragged before Human Rights organisations.

As Mustapha disclosed before leaving London at the weekend: "Our current law does not allow prisoners, who are Nigerians, to be sent home except they complete their terms.

"But when we get home, we're going to look into how it (Prison Act) can be amended."

The Chairman, House of Representatives' Sub-committee on Immigration, Warman Ogoniba (from Yenagoa/Kolokuma/Opokuma Federal Constituency in Bayelsa State), was part of the delegation to London.

He confirmed to The Guardian that the Nigerian delegation resisted the pressure being put on them to hasten the prisoners' exchange.

He said: "We're here on the invitation of the FCO, and it's in respect of the Prisoners Transfer Agreement between Nigeria and Britain.

"There's already a Memorandum of Understanding (MoU) signed between the two countries. But before it can become an instrument of law, the House must pass a bill. We need to look at the issues.

"For now, there's no Bill before either the Senate or the Lower House."

Having met with British Ministers and also holding meetings with the United Kingdom Border Agency (UKBA), among others, the British side expressed their willingness to send the Nigerian prisoners away.

"But we are saying it is wrong to just send them home because the Executive is yet to introduce the Bill," Ogoniba said.

On when the Bill would be passed, he said: "Well, it's not a private Bill, it's a government one. But when it comes to the House, we'll look at it and when it eventually comes to the committee stage, we will do a public hearing to see what Nigerian people want us to adopt."

Addressing the issue further, Mustapha, who's the chairman, Senate Committee on Interior, stated that; "before you can be moved from where you're serving, you must accept to be moved because that's the right of the prisoner."

Another condition is; "if the law that operates in the country does not allow the prisoners to be sent home before the expiration of their jail term," then, they will have to finish their terms where they committed the offences.

On why the British government wants to send the prisoners back, Mustapha said, "apparently, it must be for economic reasons. We visited some of their prisons and almost all of them are filled to capacity."

Moreover, "they complained that people still continue to commit crime. That means if prisoners are not exchanged across borders in the next few months, British prisons will no longer be able to accommodate their prisoners."

Ogoniba also affirmed this, saying, "what is happening now is that there's a stretch on British facilities and the British people are very agitated now because, not only are British prisons nearing their capacities, but the money their government is spending on foreign prisoners is enormous."

"So, they're thinking of sending them to their various countries to finish their terms there."

Asked if there are other hindrances apart from the legal framework, Mustapha answered in the affirmative.

"So, we also are afraid of bringing them back to such prisons at home so that they don't come home and cause some kind of revolution there.

"These are some of the factors we're considering before actions can be taken."