As AMAA goes in search of films that ruled 2008 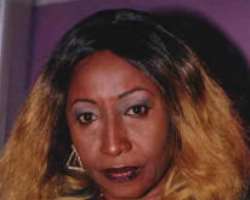 As the April 4 date for the grand finale of the African Movie Academy Awards holding in Yenagoa, Bayelsa State draws near, the minds of practitioners, lovers of the African film and other stakeholders must have been set in top gear.

A continent-wide intervention aimed at boosting structures and rewarding standards in the industry, AMAA came to life some five years ago. Like every other human enterprise or institution, it has had to experience challenges. The feats and vision behind it, however, appear to outweigh such challenges, based on the level of acceptance it has gained among stakeholders.

The fact is that in a film industry such as Africa and Nigeria especially the potential still far outweighs the reality of what has been achieved. This is a sector where actors, producers and even marketers variously cry foul in the midst of what has largely been advertised as a phenomenal breakthrough, and where mediocrity is almost a criterion for becoming a star. As a result, there is the need for a formidable platform that will constructively review products and events.

The year currently under AMAA's searchlight 2008 - is particularly symbolic in this respect.

In Nigeria, from which AMAA understandably receives the largest entry, 2008 was very challenging for filmmakers. Many of them, including Tunde Kelani, Patience Uzokwor, Ashley Nwosu etc. have lamented that the industry's fortune dropped especially in terms of sales that dwindled. Besides, observers had expressed fears that the year did not record great films in inspiring numbers. In the same year, a good number of the major actors, who AMAA's diadems would otherwise have been trailing, practically went to sleep for one reason or the other. Among such are Nkem Owoh, Dele Odule, Baba Suwe, and Zack Orji. Because of the obvious lull, an irony played itself up.

A film such as Jenifa, which thrives on absurd humour, and which would otherwise have passed for an average production, stole the show, with its writer and main actor, Funke Akindele, noting that it sold up to 500, 000 copies. Indeed, Akindele has not only picked up an award as best actor at the Future Awards for her performance in the two-part work, she has also displaced other giant actors in terms of popularity and easy accolades. Without prejudicing its judges, it is against the backdrop of the mixed development that the public will be more than waiting for AMAA 2009.

It is also gratifying that AMAA considers beyond categories that revolve around major players too. For instance, it focuses on young talents through its Child Actor category, just as it assesses people in the areas of editing and documentary. In the three areas, something interesting happened last year. While Nigerian acts overwhelmed their counterparts from other countries in many of the conventional categories, none of the three came their direction.

For instance, while Ghanaian Evelyn (Nina, in Run, Baby, Run) won the Best Child Actor, the prize for top editing went to Uganda's Mugisha Donald. The crest for the Best Documentary was won by Daniel Roth rooted in South Africa and the US. Such a revelation is capable of rasing two issues. First is the fact that it seems to be confirming the observation that Nigerian filmmakers need to work more seriously in editing and documentaries. Second is the fact that it ought to disabuse the minds of people who used to think that, based on the sweeping runs that Nigerian practitioners normally have in the awards, AMAA is a Nigerian thing.

Part of proof of this is that in the current edition, it received 50 films from other African countries, with the Chief Executive Officer, Mrs Peace Anyiam Fiberesima, noting that some came from North Africa for the first time. It is in the same spirit that the nominations for AMAA 2009 will be drawn at FESPACO in Burkina Fasso.

AMAA is about Africa,” she explains. “It is not about Nigeria alone. So, the process has to reflect such balance.

She, however, stresses that whatever country an entry comes from, it is subjected to the same test as others. According to her, the films are screened/assessed at three different levels to ensure thoroughness. But she stresses that she is never personally involved in screening, let alone influencing the judges' decision.

”The first level of the screening involves university dons, after which the college of screeners consisting of practitioners, critics etc.,” she explains. ”It is after this level it gets to the academy. I have never known the winner of AMA till 30 minutes before the declaration of winners. In the first year of the competition, I knew the winners on the stage. It can't be my business to influence who wins. AMAA is an institution and not about me. What we cherish is erecting a viable structure, which will even allow you to move ahead.”

Yet, she emphasises that AMAA's concern to build an institution goes beyond organising the annual award. Part of the initiative, she adds, is in what it has been doing by mobilising various practitioners to attend international film festivals. According to her, no Nigerian film entered international festival, in the actual participating sense of it, until AMAA did it with Irapada. This year, it is sponsoring two actors to Berlin. At CAINE, France has a stand for Nigeria, where, according to her, it makes other African countries to feel at home.