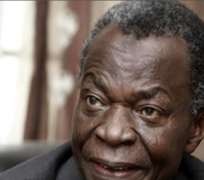 Salami has asked a Federal High Court in Abuja to nullify Jonathan’s appointment of Justice Dalhatu Adamu as Acting President of the Court of Appeal.

The embattled sacked judge has also asked the court to set aside a decision of the NJC, which suspended him from office and recommended his compulsory retirement.

Meanwhile, the Federal High Court presided by Justice Donatus Okonkwo will hear an earlier suit filed by Justice Salami seeking to quash the decision of the National Judicial Council (NJC) and the recommendations of two probe panels it constituted.

The suit comes up for mentioning tomorrow (Wednesday).