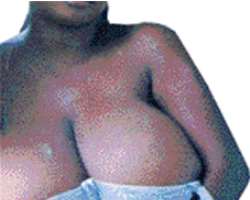 The world we live, with it's kaleidoscopic impression has created both negative and positive impact in humanity. One important, but serious area of concern is the dangerous impact of civilization on Nigerian women.

By feminnity, we mean qualities that are considered typical of women, for example gentility, delicate and pretty. Women, as very special specie in every human society have unique roles and functions. Their fragile nature subjects them to attention, making the opposite sex susceptible to their feminine charms.

In an attempt to flaunt their natural endowments, Nigerian women have totally derailed in that age long societal values that gave them a special place of respectability.

If one is frank enough to carry out an indebt study of the behavioral attitude of our women in our socio contemporary life, and reflect in the past, one will rightly agree with me that our women are on a journey into Armageddon. One of the said consequences of colonialism is the brutal manner in which our colonizers impacted their ways of lives to Africans. T. S. Eliot in one of his writings, warned the English Society of his time on the need to preserve and protect tradition in spite of change. In another development, Gabriel Okara, a Nigerian writer, who Professor F. B. O. Akporobaro of the University of Lagos referred to as a national Poet, alerted the nation on the danger of culture conflict.

In his Poem 'The Piano and The Drum' Okara uses these two symbolic musical instruments to drive home his argument on the imposition of western culture on African culture. While he presents 'The Drum', a symbol of African culture, as 'urgent raw like a bleeding flesh' he contrasts its naturalness with the artificial sophistication of 'The Piano', a symbol of western culture, as a' coaxing dominido' 'counter point crescendo' ending in a 'dagger point'. At the end he advocates for a cultural synthesis as a way to preserve the authentic African values.

The topsy-turvy Nigerian situation today is as a result of gross carelessness, lack of planning, and lackadaisical attitude of our leaders on very sensitive issues. Without doubt we are faced with a painful reversal of our cherished values, whose importance explains the essence of our being. Nudity is a highly condemnable act. It is worse when women are involved by virtue of their anatomy. The unguarded desire to flaunt sexuality has driven our women to self debasement through all forms of provocative dresses and immodest behaviours. In our religious and social circles, one is always at loss to make a distinction between a cheap street woman and a woman of honour. One of the intrinsic qualities of fashion is communication.

The way one dresses partly describes ones world views, dispositions and orientations. Fashion has a way of explaining the hidden attributes of human personalities. It is like a poetic verse that can speak volume when subjected to a literary analysis. Whatever every woman puts on her body, communicates like animate objects. It is a misnomer therefore to go to a church with a dress meant for a night club. It is very disheartening to observe how sexual seduction has turned out to be a vogue among our women.

Their quest for materialism and undue attention has exacerbated this development. I am not against women flaunting their beauties and natural endowment. I am an advocate of human aesthetics, but this must be done in a very modest manner in harmony with societal ethos. If women will only realize their enormous powers and values in society, they will strive hard to restore their dignity and honour through good conduct.

Have you ever sighted our girls recently on a bike popularly called 'Okada' in our local parlance?. You are simply presented with a sordid exposition of what I may rightly refer to as public pornography. This development is one of the reasons for social vices.

The social direction in every society is chiefly dictated by the behaviour of women. When I was growing up for instance, you need a lot of courage to 'Toast' a woman. To win her heart is a Herculean task. She had standard then which bordered on so many things. A woman must look at your fineness of manner, orientation, sense of esthetics, speech mannerism which will of course expose your academic status before she got intimidated. This was the standard set then for men in order to win their heart. This standard brought cohesion, order and balance in the society. Men were compelled to conform to this standard and deviants had complexes.

At that time, an ideal man in a woman's heart must have proven his manhood in so many ways, and when a girl tells you that she was in love, she was not only sincere but can stand by you in time of adversity. This social atmosphere gave rise to a healthy competition and brought honest and orderly men who shaped society through hard work, ideas and innovation.

It also helped to checkmate social vices like armed robbery and stealing. A thief was not only treated like an outcast but was excommunicated. It was an anathema for a woman to associate with a thief. Order prevailed, and gave rise to men who excelled in so many ways. In our present society, women have totally lost some of the essential values that can guarantee order in the system.

Money has become solely a measure for assessment of man. Little wonder our pages of newspapers are replete with all forms of criminal activities.