Is Domestic Violence Ever Forgivable? 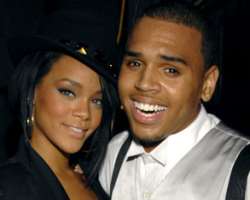 Brown and Rihanna
Listen to article

As the Chris Brown and Rihanna saga unfolds…(What? You haven't heard? Chris Brown allegedly beat his girlfriend Rihanna to a pulp early on Sunday morning. Apparently the two lovebirds were arguing over a saucy text message that Chris received when Rihanna threw the car keys of his silver Lamborghini out of the window. When he couldn't find it and she insisted on walking home, he punched, bit - as in with his teeth and choked her until she passed out. They both subsequently cancelled their scheduled grammy performances) Anyway, the issue might seem like the typical crazy shenanigans of the rich and famous but it highlights a very serious and common issue.

The Chris Brown and Rihanna situation has led to various conversations on the domestic violence issue and while most have been shocked and appalled, some of the responses and reactions to this issue have been very surprising. I have heard from more than one person that:

'He is a young guy, he just made a stupid mistake'
'That Rihanna chick seems like someone who has a sharp tongue, she probably provoked him'

'Maybe she hit him first so he fought back'
'Whatever, they will get back together'
'If this is the first time he has hit her and he is sorry, ig she still loves him then she should forgive him'…

We live in a society where, in many cases, women have nowhere and noone to turn to if they are facing these abusive situations. In Rihanna's case, the police actually drove her to the hospital in the police car rather than waiting for an ambulance as they were so concerned about her injuries. Can you imagine that happening in Nigeria considering cases like Uzoma Okere's. There are hardly any women's shelters, access to counseling is sparse and bad advice is rife. Especially for married women in abusive relationships, even pastors and parents in most cases offer little solace. The advice is usually limited to forgive him and pray (not that prayer is ever a bad idea) but in most cases, women end up remaining very negative relationships. Although, we have also heard of cases where abusive men undertook serious counseling and actually 'changed' and broke those patterns of negative behavior but that is a select group. For men being abused by their partner, it is also very challenging as they probably feel emasculated by the situation so end of being isolated and subjected to further domestic violence. Lets not forget about psychological domestic abuse, there are very stories of popular and successful Nigerian women who appear so perfect and well put-together on the pages of magazines but have rock-bottom self confidence and other issues because of the serious psychological domestic abuse they face from their spouses.

So what are your thoughts on this issue? Is Domestic Violence ever forgivable? What advice would you give a woman i.e Rihanna in such a situation?