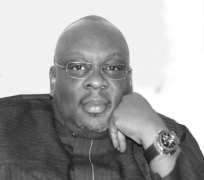 Nigeria's ailing president, Umaru Musa Yar'Adua has appointed Emmanuel Olutokunbo Enaboifo as Executive Director, Finance and Administration, Nigeria-São Tomé & Principe Joint Development Authority. This is the body that manages the exceptionally rich area in oil and gas in the Joint Development Zone owned by both countries. Mr Enaboifo, a very close associate of former Delta State Governor, James Ibori is a fugitive from justice in the United States.

According to court papers made available to SaharaReporters, Mr Enaboifo was convicted of bank fraud in a US District Court of the Eastern District of Pennsylvania in 1986 on two counts of “Conspiracy to commit Bank fraud and Bank fraud –Aiding and Abetting.” Mr. Enaboifo who was then a student at Temple University in Philadelphia was arrested on August 8 1986 at 5702 North Oaks Boulevard, North Brunswick, New Jersey. He was then indicted and convicted by a federal grand jury, but he fled the United States before he could be sentenced. A copy of the superseding indictment stated that, “ from on or about April 1 1986 to or about June 2, 1986, at Philadelphia, in Eastern District of Pennsylvania and elsewhere, defendants CHARLES OLA and OLUTOKUNBO ENABOIFO knowingly, intentionally and unlawfully did conspire, combine, confederate and agree together with each other, and with other persons known and unknown to this grand jury to attempt to execute a scheme and artifice to defraud Philadelphia Savings Fund Society (PSFS of moneys in violation of Title 18, United States Code, Section 1344 (a) (1)”.

The court documents show that on September 3, 1986, a grand jury returned a superseding indictment against Olutokunbo Enaboifo and Charles Ola. However, by October 20, 1986 when Enaboifo appeared before the District Court, his co-defendant, Charles Ola had bolted. Enaboifo was then tried alone and on October 23, 1986, the jury returned verdicts of guilty against him on both counts. Sentencing was set for November 24, 1986 at 9:30 am, but on the day, Enaboifo failed to appear leading the court to issue a bench warrant for his arrest. He was never found again and the US Secret Service thereafter entered his warrant in the National Crime Information Center (NCIC).

However, as recently as February 24 2004, the US Attorney's office re-opened Enaboifo's case and requested for sentencing in absentia through series of motions and sentencing memoranda. On April 15 2004 a judgment in a criminal case was entered against OLUTOKUNBO ENABOIFO of 8600 Lindbergh Blvd, Apartment #1907, Philadelphia, P 19153 in Case Number: CR 86-360-2. The judgment states that “Olutokunbo Enaboifo be sentenced to a term of six months incarceration for Counts one and two to run concurrently and that a fine of $1,000 be imposed and entered against the defendant”.

Mr. Enaboifo recently celebrated his 50th birthday in Lagos at his Parkview Estate, Ikoyi house, which is the house reportedly bought for him by James Ibori. As SaharaReporters has catalogued in regular reports, Mr. Enaboifo is one of the persons used by Ibori to fleece Delta State as he embarked on the most documented money-laundering scheme undertaken by any Nigerian public official. Mr. Olutokunbo Enoboifo (known also as “Lulu”) is said to have met Ibori as he wandered the streets of London engaging in menial jobs and petty crimes. At the time, Ibori was known to be a cab driver in London and was also engaged in his own criminal career, which includes credit card fraud and stealing of building materials at Wickes Home Improvement Store in London, leading to his conviction in the UK in the 1990s. When Ibori became a governor in Nigeria, he invited his old friend Enaboifo over, but knowing his criminal background was likely to be a liability, he did not formally appoint him to a public office. Instead, Enaboifo became one of his regular conduits for money laundering.

In December 2006, as the People's Democratic Party (PDP) nominated Yar'Adua to run for the presidency, Ibori became one of the main financiers of the campaign. This gave him a lot of clout and he nominated Mr. Enaboifo as the Chief Logistics Officer of the Yar'Adua campaign. Mr. Enaboifo worked with Dora Akunyili, Laolu Saraki, Aisha Rimi and Ibori's former Commissioner of Finance, David Edevbie on the campaign. Mr. Enaboifo's brief was to coordinate the use of Ibori's Wings Aviation jets that were massively deployed to assist the Yar'Adua throughout campaign. Other Ibori's nominees who worked in the Yar'Adua campaign have since taken up prominent positions in the presidency in Abuja. Enaboifo is just the latest amongst them, though his own appointment is to the money-spinning JDZ. According to the JDA's website, Mr. Enaboifo is an appointee of Yar'adua, "The JDA is governed by a board consisting of Four Executive Directors.Two appointed by the Head of state of Nigeria from among Nigerian nationals of suitable qualifications and experience"

Some childhood friends of Mr. Enobaifo who wish to remain anonymous have told SaharaReporters that he does not posses any qualification for the job. Some of them said Lulu has never held a day's job since his studies at Temple University was truncated as a result of his fraudulent activities in the US. They wonder which resume he presented to qualify to be in charge of Finance and Administration at a major bi-national commission like the JDZ. Meanwhile, Mr. Enaboifo has resumed duties at the offices of the Nigeria-São Tomé & Principe Joint Development Authority Wuse II, Abuja.