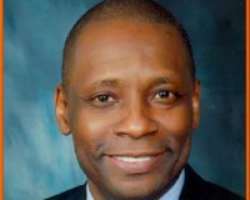 NDIC defends sudden intervention
LIFESPAN for the new management of the three banks acquired by the Federal Government at the weekend has been fixed by Asset Management Corporation of Nigeria (AMCON).

Without any future tinkering with the new arrangement, the new boards of directors appointed for the banks on Sunday by the government will take a bow after three years for the new investors to take over their ownership. The banks are Keystone Bank Limited (former Bank PHB), Mainstreet Bank Limited (Afribank), and Enterprise Bank Limited (Spring Bank). They were bought over by AMCON last weekend.

AMCON's Managing Director and Chief Executive Officer (MD/CEO), Mustapha Chike-Obi, unveiled the plan yesterday in an interview on CNBC Africa monitored by The Guardian in Lagos.

He said AMCON had no intention to keep the banks forever as it will manage them for a maximum of three years or even less before selling them to interested investors.

Chike-Obi further disclosed that already, new investors are making overtures to take over the three banks.

He said with the N679 billion AMCON injected into the three banks yesterday, liquidity-wise, the outfits are now among the most capitalised banks in the country, hence the interest of the investors.

He said the focus of AMCON would be premised on protecting the welfare of the depositors, members of staff, and ensuring the stability of the country's financial system.

The firm's chief told the depositors and employees of the affected banks that 'this is not the time to panic' as they are now financially sound.

He added that even the members of the board and management teams picked by AMCON to run them are capable of managing the banks.

Also on the same programme, Kingsley Moghalu, Deputy Governor, Central Bank of Nigeria (CBN), said the apex bank revoked the operating licenses of the banks weeks ahead of the September 30, 2011 deadline given them to recapitalise or face either liquidation/ nationalisation because there was nothing on ground to show that they would attract investors before the expiration of the ultimatum.

He further explained that if they (banks) were left till the end of the deadline, they would have become 'carcasses' as their financial health had deteriorated.

This fact, he said, was known by operators of the inter-banks market, noting that to ensure public confidence in them, the apex bank at the weekend extended inter-bank guarantee to them.

AMCON had on Sunday appointed, among others, former MD/CEO of First Bank of Nigeria (FBN) Plc, Mr. Jacob Moyo Ajekigbe as the chairman of Keystone Bank Limited and Mr. Oti Ikomi as the MD/CEO.

For Mainstreet Bank Limited, Mr. Falalu Bello, a former MD/CEO of Unity Bank Plc, is chairman while Mrs. Faith Tuedor-Matthews is the MD/CEO.

Mr. Emeka Onwuka, who served as MD/CEO of Diamond Bank Plc, is the chairman of Enterprise Bank Limited.

The Guardian learnt yesterday that the former helmsmen in the banks are preparing their handover notes to pave way for the resumption of the new appointees this week. The nationalisation of the banks did not attract the anticipated panic withdrawal of funds from them.

At Spring Bank branch on Ikwerre Road, Mile One, Diobu, Port Harcourt, normal banking activities progressed and the customers appeared to be unperturbed by the development.

A trader from the Mile One Market, who identified himself as Obinna Emeka, lauded the CBN's intervention but declared that he does not intend to close his account since top management of the bank had been replaced.

Another customer, Kabari Tom, sad she came to the Ikwerre Road branch of BankPHB to ascertain if there was mass withdrawal, saw the regular operation in place.

The situation was the same at Afribank on Aba Road.

In Benin City, Edo State, some employees of the bank feared that the new management could have other ideas despite assurances from the CBN that 'all is well with them.'

There were panic withdrawal of cash at the Forestry Road branch of the former Afribank as customers besieged the premises as early as 8.00 a.m. to either close their accounts or make large withdrawals.

An official of the bank took time to educate the customers with some refraining from carrying out their intentions.

At the premises of former Bank PHB on Airport Road, the name, logo and other identification items in the premise have been removed but transactions went uninterrupted.

'It is like my employer saw this coming because they told us late last year to change our accounts to another bank but from what the CBN has said, there will not be any serious impact on customers,' he said.

Another customer, who claimed that he works in an oil servicing company, lauded the CBN's action.

In Lagos yesterday, it was business as usual in the affected banks. Besides the early morning rush by some customers to withdraw funds, all the branches visited by The Guardian carried on normal businesses.

By noon, normalcy had retuned to the branches because, once the early callers have been attended to without any hitches, other customers relaxed.

AMCON in a notice in the banking halls and entrances of the affected banks, informed customers of the change of names of the banks and the management.

The notice also assured them of the safety of their funds.

At Keystone Bank Limited on Old Abeokuta Road, customers received normal attention and there were no panic drawings by depositors.

One of the customers, Chike Eze, said he merely came to see if the bank had been closed.

Another customer of Mainstreet at Marina, Kinsley Usman, said the manner the government handled the crisis was commendable.