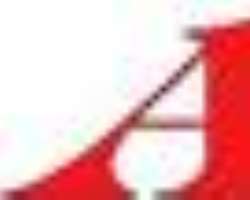 Asset Management Company of Nigeria (AMCON), yesterday, said it would inject a total of N680 billion into the three banks whose licences have been revoked.

He said the acquisition and transfer of ownership has been effected through a subscription agreement with each of the three banks. According to Obi, AMCON, on the basis of the agreement, would not only become owner of the three banks, but would provide sufficient capital to restore the banks to the level of capital adequacy ratio stipulated for their operations. He said the capital provided by AMCON would strengthen the banks' liquidity and further help them in meeting all their obligations as at when due.

He said the Central Bank of Nigeria has enhanced the liquidity position of the banks by extending inter-bank guarantees till December 31, 2010, adding that banks are in a position to repay the loans obtained from the apex bank. On the management of the banks, he said AMCON has identified independent and credible persons with experience to fill their board and senior management positions, adding that it will be seeking the approval of the CBN on the issue.

Citing the AMCON Act 2010, Obi said the actions taken so far were in line with the provisions of the law establishing the assets management agency. Also speaking, the NDIC Managing Director, Alhaji Umaru Ibrahim, said no depositor would lose his money as AMCON has provided capital to strengthen the liquidity positions of the banks and further made them to meet their operational needs. Ibrahim said co-operation would continue in order to ensure stability and confidence in the nation's banking system.

The CBN Deputy Governor, Financial Services Stability, Dr Kingsley Moghalu, explained that the licences of the banks were revoked in line with the mandate given financial regulators. He said: 'The actions were not taken overnight. The actions were the result of careful planning and consultations among the parties concerned. Without being immodest, there was effective and clean execution of the project.' Moghalu said there was no way the three banks could have met the September 2011 recapitalisation deadline given to them by the CBN. He further stated that the apex bank could no longer continue to play the role of lender of last resort hence the decision to revoke the licences of the three banks.

In justifying the revocation exercise, Moghalu said the negative positions of the banks resulted in the withdrawal of their licences. He said Afribank recorded a negative asset value of N260billion just as Spring Bank and Bank PHB also had bad negative assets value. He dismissed claims that there would be serious legal actions against the regulators, noting that careful planning and consultation were made before reaching an agreement to revoke the licences.

'It is a free world; everybody is free to institute legal actions. But we hope they do not because we looked at the legal implications before arriving at this decision. We work in consultation with the Attorney General of the Federation on the issue. We had full legal backing before taking the decision. The regulators have done everything possible.  We have to weigh and evaluate carefully various options. Going forward, we would see a new banking landscape, well capitalized. But that does not mean we should go to sleep.

'All the banks in Nigeria would be capitalized by September 30. It is for this reason AMCON was established. AMCON is now stepping into its role to do the job. The brilliant success of this action is that no depositor would lose his deposits. If you go to the affected banks on Monday, you would collect your money. The only thing that can change is the name and the logo of the banks,' Moghalu said.