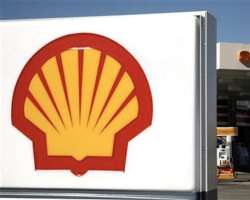 A U.N. report has criticised Shell and the Nigerian government for contributing to 50 years of pollution in a region of the Niger Delta which it says needs the world's largest ever oil clean-up, costing an initial $1 billion and taking up to 30 years.

The United National Environment Programme (UNEP) analysed the damage oil pollution has done in Ogoniland, a region in the oil-rich labyrinthine creeks, swamps and waterways of the Niger Delta, the heartland of Africa's largest oil and gas industry.

Royal Dutch Shell and the Nigerian state-oil firm own most of the oil infrastructure in Ogoniland, although the Anglo-Dutch giant was forced out of operating in the region by communities in 1993 who said it caused pollution that destroyed their fishing environment.

Shell stopped pumping oil from Ogoniland after a campaign led by writer and activist Ken Saro-Wiwa, who was later hanged by the Nigerian military government, provoking international outrage.

"The environmental restoration of Ogoniland could prove to be the world's most wide-ranging and long term oil clean-up exercise ever undertaken," a United Nations Environment Programme (UNEP) report released on Thursday said.

"Control and maintenance of oilfield infrastructure in Ogoniland has been and remains inadequate: the Shell Petroleum Development Company (SPDC) own procedures have not been applied, creating public health and safety issues."

The UNEP report said 10 out of the 15 investigated sites which SPDC said they had completely remediated still had pollution exceeding the SPDC and government remediation values.

Shell, which on Wednesday agreed that an Ogoni community could seek compensation for oil spills in a British court, says most oil spills in the Niger Delta are caused by oil theft and sabotage attacks but says it cleans up whatever the cause.

PIPELINE SABOTAGE
"Oil spills in the Niger Delta are a tragedy, and SPDC takes them very seriously," Mutiu Sunmonu, SPDC's Managing Director, said in a statement on its website.

"Concerted effort is needed on the part of the Nigerian government, working with oil companies and others, to end the blight of illegal refining and oil theft in the Niger Delta. This is the major cause of the environmental damage."

A spokeswoman for the company said it welcomed the report and would comment further after studying the details.

UNEP said Ogoniland communities are exposed to hydrocarbons every day as thick black oil floats around the creeks, while the impact on vegetation and fishing areas has been "disastrous".

In one community, drinking water was contaminated with benzene, a substance known to cause cancer, at levels over 900 times above the World Health Organization guidelines. The site was close to a pipeline owned by Nigeria's state-oil firm NNPC, the report said.

"We will undertake any clean-up. It doesn't mean we are culpable. Pipeline vandalism, by the very communities who are affected, is the major issue," an NNPC spokesman said. He said he had not read the report.

While Shell does not operate in Ogoniland anymore, its pipelines and other infrastructure remain and still suffer spillages and sabotage attacks.

UNEP's report is the most detailed scientific study on any area in the Niger Delta, UNEP and rights groups said. It was paid for partly by Shell after a request by the government.

$1 BILLION FUND
The findings were undertaken over a 14-month period, surveyed 122 km (76 miles) of pipeline rights of way, reviewing more than 5,000 medical records and engaging over 23,000 people at local meetings.

The report recommends that three new institutions are set up to support environmental restoration, which would include a $1 billion fund, contributed to by the oil companies and government for the first five years of the clean-up.

"This report proves Shell has had a terrible impact in Nigeria, but has got away with denying it for decades, falsely claiming they work to best international standards," said Amnesty International Global Issues Director, Audrey Gaughran.

"Shell must put its hands up, and face the fact that it has to deal with the damage it has caused. Trying to hide behind the actions of others, when Shell is the most powerful actor on the scene, simply won't wash," Gaughran added.

Shell's London-listed shares lagged rivals by around 1 percent on Thursday after it emerged the company had accepted that a British court had jurisdiction in villager claims for compensation for damages caused by two oil spills from pipelines controlled by SPDC, in which Shell is the lead but minority partner.

One source close to the case said the cost of cleaning up the spill and compensating those affected has been estimated by some experts as being in the region of 250 million pounds.

Shell has been reducing its focus on onshore Nigeria, selling fields, following difficulties in the delta.