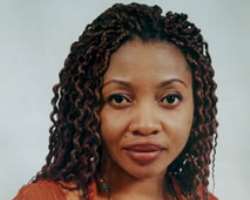 One of the Nollywood star actresses,Benita Nzeribe two weeks ago, incurred the wrath of Kaduna residents.

It was said that Benita with her crew was in the state to shoot a movie. In the process; they reportedly blocked most passable roads and caused heavy traffic for other road users.

It wasn't long before the angry road users began to attack her and the production crew, we were told.