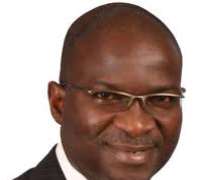 Findings revealed that two of the purchase are with Governor Fashola for official usage as the helmsman of Lagos state. Asiwaju Tinubu is said to have one to his name as party leader.

The brand of the bullet proof cars is identified as Toyota Prado Jeep.

The cars are customized- by special order.

It is however believed that the Lagos state government footed the bill for the cars.

Insiders revealed that the two political figures have not gone public with their jeeps.