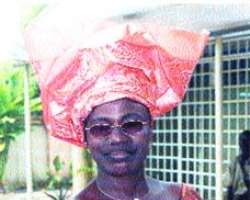 Ten actors, including Yinka Quadri, Idowu Phillips a.k.a Iya Rainbow and Funke Akindele, and others were recently attacked by some people believed to be hoodlums while shooting a movie titled Ise (Poverty) at a slum called Apollo in Makoko, Yaba, Lagos.

http://www.nollywoodgists.com gathered that the hoodlums were infuriated and allegedly attacked the actors because they thought the filmmakers were shooting the scenes aimed at exposing their poor living conditions in the slum.

Having sent several messages to the actors to desist from shooting the scenes, PMEntertainment learnt that the fierce-looking hoodlums demolished the link bringe leading to the slum, knowing that the bridge was the only route for the actors to escape attack.

“But relief later came the way of the actors when some fishermen in the area arrived the scene and rescued the movie crew members with two canoes,” an eyewitness disclosed.

Bamidele stated that he had never had such an experience before in his acting career while thanking God for sparing his life and those of his colleagues and crew members.