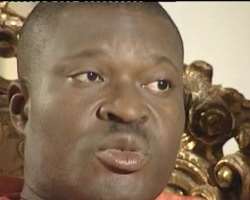 At a time, when people, particularly those in other African countries, see Nollywood as an industry that has come to stay, veteran actor, Kanayo O. Kanayo {KOK} believes it is still a shadow of itself.

No doubt, KOK is one of the professionals the industry can boast of, but he is so bitter that the current state of the industry is not what he envisaged.

Speaking with http://www.nollywoodgists.com, he noted that people outside perceive Nollywood as a glittering gold, “but it is we inside that really know what is going on. Things are not really working well in this industry.

“I hope that things will really turn around this year. People see us as number one in Africa. The smaller countries respect us, but the truth is, are we really the best?

“I will not sit on the fence and watch the industry that I have contributed much to go down the drain. All hands must be on deck to revive the dwindling fortunes of this industry.”