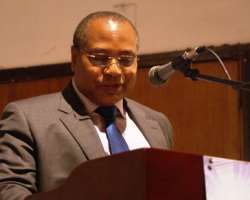 Juwah, who spoke in an interview with our correspondent, said the call for bail-out was putting the regulator in a very difficult position because it was not part of its mandate to provide bail-out fund for telecoms operators.

According to him, it is only a section of the industry that is asking for bail-out, whereas it is the duty of the regulator to provide a level playing field for all operators.

Despite the consistent call, Juwah said that none of the groups calling for bail-out had actually made a case in writing to the NCC on the matter.

This, he said, would have enabled the regulatory body to discuss the issue with the Federal Government and see whether it was interested in providing such funding.

The Chairman, Association of Licensed Telecoms Operators of Nigeria, Mr. Gbenga Adebayo, has been an advocate of bail-out for some struggling telcoms companies in the country with a special focus on the Code Division Multiple Access operators such as Starcomms Plc, Multilinks, Visafone, and ZOOMMobile.

He said that incentive-based bail-out plan for ailing telecoms operators from the Federal Government would enhance sustainable growth in the telecoms sector.

'There may be a need for the NCC to go cap in hand to the Federal Government with a bail-out of some sorts for ailing telecoms operators. The reality is that the size of the telecoms operators in the country is getting smaller and smaller,' he said

The President, Association of Telecommunications Companies of Nigeria, Mr. Titi Omo-Ettu, had also said that about 65 telecoms firms, representing 45 per cent of the total indigenous bloc of the telecoms sector, had closed shops in the past few years due to the country's harsh business environment.

In view of this, the ALTON boss also called for a bail-out of the key indigenous service providers by the Federal Government.

Juwah, however, said bail-out could only be granted by the Federal Government through the development of necessary policies and not the NCC.

He said, 'It is not in the Act that founded NCC that we can provide bail-out funding for ailing telecoms operators. If the government wants to do that, then it is left for the government. But if there is a serious case that is logical and acceptable, I don't see why the government should not consider it.

'As I have said at different forums, it is left for the agitators to present a convincing case why the government should intervene and bail them out. Without it, there is nothing we can do. We are not operators; we regulate the telecoms industry.'

The NCC boss added, 'If they come up with a convincing case and we at the NCC are convinced, we can take it to the minister and make him see reasons why such operators should be bailed out. If the minister is convinced, he can send it to the Federal Executive Council where all the ministers and the President will discuss it.

'It is not a simple matter. And when they discuss it and agree, it becomes a government policy and government will allocate money to it. It is not something that the NCC will just wake up and say let's bail out the operators. It has to be a policy by the government.'

On factors that might have put the CDMA operators in their current financial problem, Juwah said it was the initial intention for them to operate as fixed wireless operators with regional licences.

However, the introduction of the Universal Access Licences, which made it possible for them to compete in the mobile telephony space, changed their financial fortune.

Juwah said, 'Basically, I think the first intention for CDMAs was fixed wireless with a regional sort of a licence. Probably, that would have been their position looking at their capitalisation and the amount of frequency that they had. Incidentally, this Universal Access Licence came and they wanted to compete with the bigger operators.

'In doing that, some of them that had very little capital went and borrowed, and when you borrow at 25 per cent interest rate in Nigeria, you should know that will eat out all your profits. This may be one of the causes of their problems.'

The NCC helmsman said that the challenges facing the CDMA operators might not necessarily be attributable to mismanagement or fraud.

'I don't think that the CDMA technology is faulty or contributes to their problems. The problem is that when you want to compete, you must know your strength or else, there is the possibility of shooting oneself in the leg,' he said.

The Chief Executive Officer, Main One Cable Company, Ms. Funke Opeke, said rather than providing bail-out for the ailing operators, the Federal Government should be thinking of leveraging ICT for economic development.

When this is achieved, she said the ripple effects would lead to more business and job creation.

Opeke said, 'The call for government intervention in the telecoms industry is a difficult one. What I would say is that as a nation, we need to think of how we leverage ICT to achieve our developmental objectives. When you look at other economies, it used to be the industrial age and now we are clearly in the Information age and Nigeria, as a country, has not participated in any meaningful way other than as a consumer of information technology.

'If we are going to build our economy and create wealth for our people, if we are going to create service industries here as in India, China, Malaysia and Philippines, IT has to be one of the key enablers.'

She added, 'Nigeria wants job creation; how are we going to use IT to do that? I think it is when we have that framework that we can start to say within that framework how do we help the industry develop to ensure that those economic development objectives are achieved.

'So, I don't think the government should be going out and helping companies on a case-by-case basis just because they are distressed because you do not necessarily understand the reason for that distress.'