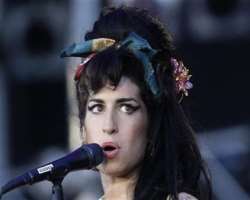 The 5-time Grammy Award winning singer and multi-platinum album artiste had unsuccessfully battled her addiction to drugs and alcohol.

“On arrival officers found the body of a 27-year-old female who was pronounced dead at the scene.

“Enquiries continue into the circumstances of the death. At this early stage it is being treated as unexplained."

The statement apparently referring to Winehouse did not name her specifically.

Winehouse had battled drug addiction and alcohol unsuccessfully leading her in and out of rehab severally. He comeback tour in Europe was cancelled after an awful performance opening.

A Saturday statement from Winehouse's record label Universal said, "We are deeply saddened at the sudden loss of such a gifted musician, artist and performer.

"Our prayers go out to Amy's family, friends and fans at this difficult time."