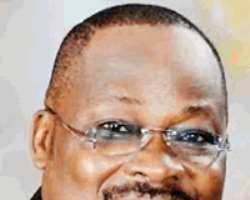 Three months after the governorship election, OLALEKAN ADETAYO writes that the political rivalry between the Oyo State Governor, Senator Abiola Ajimobi and his predecessor, Chief Adebayo Alao-Akala, is yet to abate

Governor Abiola Ajimobi of Oyo State has drawn a fresh battle line with his predecessor, Chief Adebayo Alao-Akala. This time around, they are not contesting election. After all, the April 26, 2011 governorship election that set them against each other has since been won and lost. But of course, the present confrontation can be part of the ripples of the result of the election which Ajimobi contested on the platform of the Action Congress of Nigeria to lock horns with Alao-Akala, the candidate of the Peoples Democratic Party.

Shortly after the Independent National Electoral Commission declared Ajimobi the winner of the election, in what many saw as a display of sportsmanship, a quality that is rare among Nigeria's politicians, Alao-Akala who was the sitting governor at the time quickly congratulated Ajimobi. The candidate of the Accord Party, ex-Governor Rashidi Ladoja, also did the same. Ajimobi had polled 420,852 votes against Alao-Akala's 387,132 and Ladoja's 275,773 to emerge the winner of the poll.

Alao-Akala, in a statement he signed a day after the result was declared, described Ajimobi's victory as 'hard-won' and wished him a successful tenure and God's guidance as he stirs the ship of the state for the next four years. The former governor said, 'Though bickering and words were exchanged in the weeks leading to the elections, I was convinced that he (Ajimobi) and I are able to grapple with the vast difference between personal foes and political opposition. To my mind, we both desire to serve our people, therefore, the hot exchanges were a reflection of our individual views on burning issues concerning the development of our state rather than anything personal. This statement by me is necessary to stem further tension in our state, so that our people can get on with their lives.'

Three months after the statement was issued, however, events have shown that the bickering and the exchange of words the former governor referred to as part of pre-election process have not stopped. As a matter of fact, so intense has the situation become that nobody seems to be seeing what Alao-Akala also referred to as the vast difference between personal foes and political opposition in the said statement because his spokesman, Mr. Dotun Oyelade, has so far not been sparing any words to criticise every move of the governor and the present administration.

However, Oyelade has been meeting his match in Ajimobi's Senior Special Assistant on Public Communications, Dr. Festus Adedayo, who has also been giving it to him back in full dose.

The situation got to its peak last week when the Ajimobi-led administration could no longer stomach what it sees as the unnecessary distraction of Alao-Akala's spokesman. Curiously, in fighting back, the government threatened to drag the former governor to court if he failed to apologise to him over what he called 'a regime of spurious lies' that he (the former governor) has been orchestrating against his administration in the media. Ajimobi's position was contained in a letter addressed to the former governor and his spokesman by his Senior Special Assistant on Legal Matters, Mr. Ojo Adebayo. In the letter, Ajimobi said that much as his government was not averse to public criticism, it frowns at a 'medley of falsehood and campaigns of calumny' that Alao-Akala had been peddling against him. The falsehood, he added, was capable of tarnishing his name and that of his government.

The letter read, ''The attention of the Oyo State Government has been drawn to the series of spurious lies being told in the media by the defeated governorship candidate of the Peoples Democratic Party through his spokesman, Mr. Dotun Oyelade, against government and the person of the governor, Senator Abiola Ajimobi. This regime of falsehood is targeted at lowering the esteem and general approval given by the people of Oyo State to the governor and the government in the state which the people consider to be a better alternative to the out-gone government. Much as the government is not averse to constructive criticisms, backed up with facts and figures, it takes very strong exception to its name being dragged in the mud for selfish political ends. Among many other lies that the defeated governorship candidate has told against the Ajimobi government in recent past is the allegation that the government collected the sum of N6.5bn from the federation account for the month of June. He also alleged that the governor and his aides had collected salaries for the month of June and 'fat allowances' during the period under consideration. These allegations were widely circulated in newspapers and on the Internet.

'The former governor also alleged that the sum of N100m had been made available to the governor as security vote.The state government, by this letter, is asking Chief Adebayo Alao-Akala and or his spokesman, Oyelade, to apologise over this mudslinging, within seven days, or risk facing a court action for this irresponsible concoction. Government will not partake in this politics of falsehood, neither will it allow this unsubstantiated blackmail to go without recompense.'

Immediately he got wind of the letter, rather than sitting with his tail between his legs, the former governor's quickly went public with another statement in a manner suggesting that he was not moved. In his reaction, Oyelade said that it was unfortunate that the Ajimobi administration has shown that it could not take as much as it gives in terms of enlightened public discourse. He said, 'The threat of litigation is so wide off the mark when all government is being asked to do is to clarify issues that border on its fiscal disposition to its avowed policy. Obviously, that was more of a political statement than legal judging by the barrage of venom Alao-Akala had to endure from these same people. This is a crude and uncivilised way of stifling opposition and pre-historic in a democratic environment.'

Oyelade appears to have hit the nail on the head in his submission. Many observers of event across the country till today still believe that Alao-Akala remained one of the most criticised governors in the history of the country. While holding sway at the Government House, Agodi, criticisms were fired at him from all fronts, especially ahead of the general elections. The Ajimobi's campaign organisation, his party, trade unions, traditional rulers and, of course, some other pressure groups were criticising Alao-Akala as if criticism was going out of fashion. Interestingly, factional leaders of his party, the PDP, were also not left out of the show. Many believe that if Alao-Akala had taken the court option, cases arising from such criticism would have overwhelmed all the judges in the state. But while the criticisms lasted, he kept his calm as Oyelade was weighed down by the task of responding to each of the criticism as the then Special Adviser to Alao-Akala on Public Communications.

That notwithstanding, not a few still believe it is too early for Alao-Akala and his camp to be 'distracting' the government of the day with such criticisms. In fact, a prominent politician in the state who pleaded anonymity is of the opinion that no matter how genuine the criticisms are, many would naturally see them at this time as a sign that Alao-Akala is still pained by his loss during the election contrary to what he made them to believe when congratulating Ajimobi on his victory. The right thing to do as a statesman that he is now, according to the politician, is for the former governor to caution his aide and watch events as they unfold. 'Let him leave the electorate to judge themselves,' the politician said.

Whichever angle the situation is viewed from, one thing that is germane is that the confrontation has only succeeded in bringing to the fore the level of political intolerance in the land. In other climes, irrespective of the political parties they belong to, incumbents always tap from the experience of their predecessors.

Such former office holders are allowed to advise their successors where they think they are going wrong, albeit behind the scene without necessarily making such a public issue. It is hoped that Nigeria will get to that stage soon. But the question on the lips of many is 'how soon?'