NIGERIAN GIRL COMMITS SUICIDE AFTER HER BOYFRIEND JILTED HER 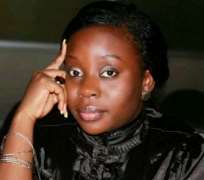 Pretty 26yr old Motunrayo Agbara's corpse was discovered hanging from the ceiling of her sister's residence on Allen Avenue on Monday July 18, 2011.

They say she committed suicide because her lover jilted her, but her family members have disputed this.

Late Motunrayo had an operation last year that affected her uterus (Cyst), her womb was removed, so that contributed to her depression, which she complained a lot about and even attempted to kill herself last year but was rescued. Guess she succeeded this time around. So sad!

She finished from Queens College in 2001, was a graduate of Economics, University of Lagos and an ex-employee of Access Bank. She was buried yesterday Tuesday 19th of July at Vaults and Garden Cemetery, Ikoyi. May her soul rest in peace...amen.