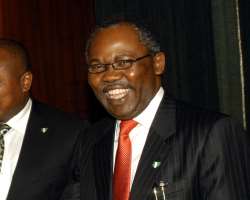 ABUJA, July 18, (THEWILL) – Nigeria’s Attorney General and Minister of Justice, Mr. Mohammed Bello Adoke SAN has said that the bid to gain firm control of the activities of the Economic and Financial Crimes Commission (EFCC) was necessitated by his desire to give the anti-graft war more bite and to also ensure that the agency does not flout the constitution in the process of prosecuting suspects.

Adoke made the clarification Monday in his opening remarks at the Criminal Justice Reform Conference of the Nigerian Bar Association (NBA) in Abuja, adding that the move was not in any way to protect individuals or groups from prosecution. He said he would not hesitate to ‘bring the full weight of the law’ on any one that over reaches its constitutional powers.

“I wish to assure Nigerians that the Regulations which were made pursuant to section 43 of the EFCC Act, 2004 are meant to assist the EFCC to function properly and discharge its statutory mandate in line with the dictates of the Constitution and Rule of Law.

“In this regard, we shall not shy away from our constitutional responsibility and will not hesitate to bring the full weight of the law to bear on any one that discharges his investigative and prosecutorial functions outside the confines of the law,” the AGF stated.

Adoke thereafter assured anti-graft agencies of the support and cooperation of his office in the fight against graft, money laundering and corruption, and warned lawyers against unethical practices.

At the gathering were the Chairman of the EFCC, Mrs. Farida Waziri; Chairman of the Nigeria Governors’ Forum (NGF) and Rivers State Governor, Rt. Honourable Rotimi Chibuike Amaechi, President of the NBA, Chief Joseph Daudu SAN, other executives of the NBA, lawyers and stakeholders.