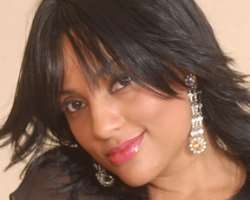 Sexy Model turned actress, Lilian Bach, is arguably one of the leading actresses in Nollywood.

Source reveals that the mulatto screen diva, recently breezed in from Mumbai, Indian, where she went to lense her big budget movie Naseeb, with some Bollywood stars.

Still single Bach, who recently opened her upscale lingerie and under wears, in the heart of Surulere,is also ready to flood the market with her unisex perfume lines, after which would drop her repackaged Gospel album.