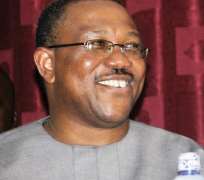 Contrary to the successful and well oiled propagated image of Governor Obi‘s government on the pages of daily newspapers, all is not well for it may be tilting to a brink of collapse. The most important component in the democratic dispensation - the people have registered their dissatisfaction with their votes they cast in the last election. The anatomy of the dislocation with the electorates is the floundering on provision of essential social infrastructures and mundane needs of the people. But many of ardent supporters of Governor Obi and his administration have buried their heads in sand and refused to listen to voice of reason that will rejuvenate and stir away the administration from total collapse to a more assertive, meaningful and productive governance. No one is saying that the government of Anambra state is not doing anything; alluding to that may not be a fair assessment. Of course it is doing something but comprehensively and in totality Governor Obi‘s administration impact has not make a major difference in the lives of the people of Anambra state. For a government to be deemed successful it must be effective and functional by attending to the mundane needs of the populace and Obi’s ineffective tactical operation is the stumbling block.

First and foremost, from a strategic outlook, one must be logical and analytical to solving problems. First of all, identify the problems and then prioritize them according to pressing needs. But Obi’s administration appears to be incoherent and illogical. The government does not have to poll the people to ascertain their needs because it is self-evident that they are lacking basic existential necessities. With all the developments and achievements that are being propagated by the administration, when one drive through cities of Anambra state including Onitsha, Awaka and Nnewi there are no major changes both environmentally and aesthetically to show any significant presence of enduring development and economic growth.

Most of the new paved roads are being sweep away by flood and erosion. The streets are litter with solid waste and debris. While the ditches and gutters were clogged with overflowing refuse and ‘pure water’ sachets. There are no changes on the streets and roads of the townships of Onitsha and Awka to show that something new is happening. Rather the streets look unkempt, dirty and unappealing - there are little or road signs and traffic lights to be found in traffic urban areas. Anambra state does not have a comprehensive and functional drinking water scheme. The people have resorted to boreholes for water supply and in some cases the government is encouraging the ubiquitous presence of water boreholes by financing them. Some of the water supply from boreholes are saturated and layered with heavy metals and radioactive elements that have carcinogenetic properties. The business of hawking untreated ‘pure water’ sachets have become the source of drinking water while the empty sachets are littered every where.

Where are the developments?
Probably the buying of vehicles and building government offices are being count as developments, instead of seeing them as necessities. At the dawn of 21st to build office quarters may not be as important as tackling crimes, thereby give the masses a sense of security. The wealthy sons and daughters of Anambra state who can contribute to developments of the state are not coming back home due to fear of being kidnap. What is the present government of state doing about it? Giving excuses are not good enough. Blaming and pointing to the federal government is not good enough. After all, the major problem constituting to the crime of kidnapping is due to rampant unemployment among the energetic youths. What is the governor and administration doing to ameliorate joblessness among the youths?

The administration beloved blueprint - Integrated Development Strategy (ANDIS) may be reclining to a total mishap because it was not well thought of and the mechanism for implementation not sufficiently formulated by the framers. The rudimentary economics thought us that resources are limited in supply. So with that in mind, the manager of scarce resources must primarily depend on priority, choice and preference to leverage optimum output. Instead of the governor and his advisers scattering limited resources around many projects, with little outcomes they might as well concentrate on few projects that will make major differences in the lives of the poor people of the state. This is not to say or suggest that other peripheral projects will be neglected but the essence of priority is to ‘attack’ those pressing needs at the expense of less pressing needs. This managerial capability requires a leader who is efficient in application of specialized skills which are found wanting in ANDIS scheme.

Moreless, distribution of limited resources on all the intended operations diminishes the presence of requisite projects that will standout as testaments of accomplished works. This is the reason when one steps into the commercial city of Onitsha there is nothing that stand out and to show the presence of ANDIS. The streets look dull, disorganized and ugly without vibrancy when compared to well-organized Chime’s Enugu and Fashola’s Lagos. Anambra state needs free education at primary and secondary levels to avert the encompassing ignorance stealing away the future of our youths but Governor Obi has no education policy. Taking a page from the new governor of Imo state the pragmatic Rochas Okorocha might do Governor Obi good; for Okorocha cut down his security vote fund from N6.5million to N2.5 million. Then with it he lunched his free education scheme for primary and secondary schools. Why is it that it is not happening in Anambra state?

Governor Obi is busy telling us how Anambra state is without enough funds but he has not given account on how he managed the funds allocated to the local governments. As a transparent and accountability prone governance as he claimed, Anambra state citizens deserved to know how much revenue is generated from the state and how it is being utilized for the various projects. Governor Peter obi always emphasis on how he balanced his budget and do not have deficits when compared to other states. But the truth is that the management of private enterprise is quite different from public/government business. In private venture the prime mission is to make profit while in government, it is to embark on projects that will contribute to elevation of public good and wellbeing.

Take for instance; the Onitsha-Awka Highway has become a road safety hazard and begs for reconstruction and maintenance due to numerous potholes. Although it is a federal road but Anambra government can repair the road and ask the federal government for reimbursement. This can dramatically cut down on the unnecessary road accidents along the highway. Therefore instead of Governor Obi to deposit state money in the bank until inflation diminish its value, he might as well utilize the money even borrow more to build and provide social amenities and infrastructure that will enable the people to live a better life and create wealth. Money in the bank is not wealth. The creation of wealth becomes eminent and possible when investments that enrich community are made in the people including the provision of free education and protection of life and property. These are the investments that made the environment conducive for the creation of wealth and these are not accomplish when inflated money is left dormant in the treasury in the name of balancing the budget. Let’s be careful here nobody is calling for wasting of resources and not balancing the budget when it becomes necessary and imperative. But when the people lacks the necessary and basic amenities for survival and the governor goes around talking up its skill of not having deficit contradicts the fundamental principle of development in 21st century.

Anambra state is crumbling as an entity. The state is poorly managed; the one time contract awarded to a ‘foreign’ contractor to re-dredge Otumoye/Nwangene Creek has been abandon. Crime and kidnapping are making the state inhabitable while debris, erosion and flooding are claiming a chunk landmass of the state. There are lots of things needed to be done; instead of the administration devoting quantifiable resources (time and money) on public relation and self adulation it might as well do the job of the people.