2011 BUDGET NOT GOOD FOR DEVELOPMENT - OKONJO-IWEALA 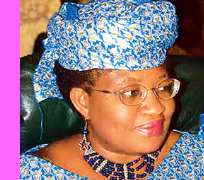 A former Minister of Finance and Managing Director of the World Bank, Mrs. Ngozi Okonjo-Iweala, on Wednesday criticised Nigeria's current budget, saying it was tantamount to the government living above its means.

Okonjo-Iweala, who also described the fact that the country had spent billions on refineries 'without tangible results' as curious asked the National Assembly to strengthen its oversight function by unraveling what went wrong with the refineries.

The ex-minister, who appeared before the Senate to defend her nomination into President Goodluck Jonathan's cabinet, condemned the 2011 national budget which she said allocated over 70 percent of its total sum to recurrent expenditure and described it as 'not good for development.'

'I strongly believe that we should try as a country, as much as possible, to live within our means. Right now we need to work very hard because the budget that we have is such that the current expenditure is almost 74 per cent of the budget, therefore there is not much left for capital (expenditure). So, we need to work hard to continue to implement fiscal policies that will enable us to tackle the various challenges in the economy, while at the same time living within our means.'

She said the Olusegun Obasanjo administration under which she served maintained an economic policy that enabled the federal government to post reasonable fiscal deficits.

'(Regarding) the policies of the previous government where I served, we tried very hard to put in place a sensible fiscal policy that would enable us to have a reasonable fiscal deficit,' she told the Senate.

Okonjo-Iweala was appointed Nigeria's first female Minister of Finance by Obasanjo in July 2003. She was redeployed to the foreign ministry in June 2006. Two months later, she resigned and left the government for reasons that were not officially disclosed.

President Jonathan on Tuesday sent her name to the Senate for screening as a minister thus confirming reports that the government was working to bring her on board to manage the economy. Among other demands, she was said to have asked the President for the power to appoint the heads of the agencies under her ministry. It is expected that she will be assigned the finance portfolio.

The parastatals under the Ministry of Finance include the Nigeria Customs Service, the Securities and Exchange Commission, and the Debt Management Office, among others.

During the question-and-answer session, Okonjo-Iweala lamented the situation where the country as a major exporter of oil was not able to produce products for local consumption.

She said the country obviously needed new refineries and that there was no reason why Nigeria should not be able to achieve the goal.

On fuel subsidies, Okonjo-Iweala noted that the present regime of fuel subsidy was not reaching the poor.

'Subsidies work when they reach the poor. Right now, we spend N500-N600bn on subsidies, but the poor are not currently benefiting,' she said.

She added that a general subsidy was wrong, admonishing the government to evolve a policy that would ensure that only those for whom subsidy was meant benefitted from it.

She told the Senate that the country's economy should focus on job creation as the way out of her present challenges.

The World Bank MD said, 'I think the main problems in the economy have to do with creating jobs. We have an unemployment rate of about 14 to 16 per cent, but very large under-employment, and the issue is how to make the economy grow in a way that it will create jobs.

She counseled Nigerians to receive non-interest banking 'without a lot of emotions,' arguing that it was simply another form of banking.

While lauding the CBN's new policy on cash withdrawals, Okonjo-Iweala warned, 'We have to be careful so that people don't start keeping money under their mattresses and then stop taking their money to the bank.'

On the exploration of oil in some parts of the country, Okonjo-Iweala said oil exploration should not be politicised.

' I don't know why it should assume a political dimension. I think that every country that has been blessed by God to have these natural resources (must) strive to the maximum to look all over its territory, onshore and offshore, to see how it can expand the available number of barrels of oil or gas that is available. I will certainly advocate that we increase our exploration,' she said.

Also at the screening, a former Finance Minister, Mr. Olusegun Aganga, told the Senate that revenue generating agencies such as the Nigerian Ports Authority and Nigerian National Petroleum Corporation were not making remittances to the federal treasury as required by law.

He said the problem could only be checked through the forensic auditing of the NNPC.

He said as part of the ongoing fiscal reforms, the federal government would stop the practice where agencies made money and expend it as running cost.

'The law says that they should remit 80 per cent of their revenue to the treasury, but this does not happen,' he said. Both Okonjo-Iweala and Aganga were confirmed by the Senate.