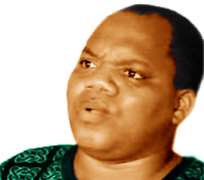 The death of the actor and film producer Muyideen (“Alade”) Aromire on Friday July 4, 2008, in a road accident in Lagos is a great tragedy in several respects. First, the epidemic of preventable, ghastly loss of lives through road accidents is a sad commentary on a society steadily going under, and lacking in elementary procedures of keeping its cities and populations safe. Aromire was not found to be drunk while driving, and he was not speeding. According to reports, he ran his vehicle into a stationary truck, apparently broken down and abandoned by the owner, with no Caution signs to warn other road-users. A few hours before, on the Lagos-Ibadan Expressway several miles out of Ojota where Alade met his death, a petrol tanker, reportedly driving at full speed, lost control, ran into a Mercedes Benz, and spilled its contents to catch fire and incinerate three people. These things happen in Nigerian cities as routinely and casually as the explosion of the next oil-pipeline or the next airplane catching fire in mid-flight. A few high-minded newspaper headlines, countless emotive pictures, eye-witnesses accounts and official proclamations. Then silence. Life goes on, as if it's really worth living.

Alade's death is also tragic in the sense of being untimely—he was forty-seven, and close to the height of his career as an actor-producer, who had established a palpable presence in the explosive cinematic phenomenon called Nollywood. His family would surely miss such a remarkable figure, bread-winning or not. In the third place, the vast Nigerian artistic community has to place this tragedy next to those of the actor Francis Agu and the poet-screenwriter Ebereonwu, the latter having died last year in circumstances similar to Alade's.

Nollywood is now a colossal entity, struggling to find its core in the unmapped explosion of ancillary technological, economic and social forms. It is easily the most extroverted of Nigeria's urban cultural forms, particularly because of the paradoxical ways that it manages to process the country's anarchic energies: the sheer inventiveness of a society so lucky it doesn't really have to be this inventive, this imaginative, if only it would apply half that measure of energy in the rational planning department. But, more's the pity. Yet this industry began quite unsurely, an orphan in austere times, and Alade was there at the beginning. He was the first person to shoot a commercial film using a video camera, in 1986, at a time such a product could only be called videodrama, as it was, disparagingly. This was the age of the Second-Tier Foreign Market, General Ibrahim Babangida's dubious economic recovery “product”, brilliantly touted by National Planning minister, Dr. Chu SP Okongwu (“This SFEM will work”). Time when the professionals of the Yoruba traveling theater idiom, suddenly unable to manage the film medium which they had seized upon in the late 1970s without really bothering about its complexities as an artistic and technological form, were wondering how to proceed. Long before Kenneth Nnebue's Living in Bondage (1992), or Tunde Kelani's Ti Oluwa Nile (1993), or Amaka Igwe's Rattlesnake (1994), Alade and several enterprising, talented but differently trained young urbanites had put the video camera to work, to make films for public attention worthy of an Ousmane Sembène or Steven Spielberg--to hold two ends of the spectrum. The sheer imaginativeness of that!

Even he had come to video quite adventitiously. He began as a writer-cartoonist with the entertainment magazine, Ariya, edited (and published) in the early 1980s by the Azeez brothers--Deji and Bayo. Living in any part of the city between 1980 and 1984, and being interested in cutting-edge media, you couldn't miss the garish, 16-page, fortnightly tabloid, serving a healthy mix of reportage, gossip, and photofest on the practitioners and patrons of the urban forms: fuji, apala, juju, waka, sakara, afrobeat, and disco. At the time, before the video adventure, Alade was known as Muyideen Aromire (it is said that he converted to Christianity some years ago). He wrote reports of society parties around the city and drew competent cartoons poking fun at stars like Ayinde Barrister, Kollington Ayinla and Dauda Epo-Akara. (One of his memorable cartoons featured Epo-Akara who, on his famous London trip, was interviewed by a British reporter at Heathrow. To each question, Epo-Akara simply responded with the English titles of his albums: “Is Gaju”; “O Beautiful”; “My Mother”.)

His fellow Ariya reporter was Lanre Balogun, to be seen in any number of Nollywood films, as Kaska in Tade Ogidan's Dangerous Twins and in Kelani's Thunderbolt, where he plays Yinka, the insecure husband. The two must have been teenagers then, in the early 1980s. In the blurry adjacency of urban media which, doubling as business and art, a

lso catered to a network of relations across social classes, Ariya published news of musical performances (“live plays” at Owanbe) where actors and sports stars were sighted, politicians took to the dance floor to spray murtalas on sweating madams stuffing their bras with the mint-fresh bills, while “able-bodied men” watched over beer cartons stuffed with more of the same. The classes and forms were indeed porous: Awada Kerikeri Organization's film, Ogun Ajaye, gave a cameo appearance to Ayinde Barrister, who was patronized by the Oba of Lagos and Chief Adebayo Ogundare (“Bayo Success”). The representative idea of this formation was the late Gbenga Adeboye's radio slot which combined jokes, tales, and songs with social and political commentaries. It was the hey-day of the Second Republic, the time of E-20 Urvan and FEDECO Kombi buses. Ariya displayed great imagination with fewer resources than what the so-called top-end softsells now command, but standing on little beside the clientelism of the era, it went out with the Shagari government.

Aromire's next appearance was before the Nigerian Film Censors' Board, as the director and producer of the videofilm, Ekun (Tiger), in 1986. He had taken a copy of the film to the board, which numbered the dramatist Chief Hubert Ogunde among his members, for vetting. It was unheard-of that a drama shot on shoulder-borne camera, in entirely interior scenes, and edited on a U-matic monitor, would claim to be a film in a milieu that had seen much accomplishment from Ola Balogun, Francis Oladele, Eddie Ugbomah, and even Ogunde. But that was Aromire's offer. Ogunde reportedly showed him the door, declaring that a video would rise to the status of a film over his dead body. (It turned out to be an exact, if unintended, prophecy: Ogunde is no more, and videofilms are here with us.)

There are disputes over who produced the first video. According to the researcher Onaolapo Taiwo, it was Babatunde Adelusi (publisher of Aye Akamara [This Strange Life], the “witches-and-wizards” magazine) who first thought that making a film on video would “not only cut cost, owing to the economic situation, but would imitate the Indians and Chinese in terms of quality and quantity.” Ade Ajiboye (Big Abass) actualized the idea by producing in 1988 Sonso Meji (Two Pointed Ends), generally regarded as the first Nigeria video film in the Yoruba language. But in an interview with me in 1994, Aromire claimed that he shot Ekun back in 1986, but that the decision of the Censors' Board prevented him from exhibiting it until 1989. Victor Ashaolu, one-time secretary of the Association of Nigerian Theater Practitioners, ANTP, who was present at the interview, confirmed this.

Aromire had by now acquired his screen-name, Alade, and continued to make more videofilms on the template. He was an innovator, a Lagosian original with useful experience of urban media and imaginative enough to experiment. Far from a pioneer—that honor belonged to both Ogunde in theater and Oladele in cinema—he used available tools and artisanal wherewithal to fashion something dubiously new. He met with serious resistance. He and his collaborators/competitors probably produced and directed up to a dozen films at this time, most of which, like the earliest fare, were of very low technical quality. The entire story unfolds in a sitting room, the shaky, lone camera perched frontally at shoulder-level against the actors, whose faces are hard to make out in the natural light of a fluorescent bulb. The story lacks depth but celebrates fatalism. The audio is atrocious, and the colors wash quickly into messy black-and-white, a sequence going on for so long one has to have a reason besides entertainment to sit through an average film. Titles in this format include Asiko, Ekun, Londoner, Omije, Asiri-Nla, and Adun. Yet it was the way most of the actors of the time, better known by their screen-names (Lekinson, Elesho, Abeni Shaje, Fali Werepe, Lukuluku, Mama Rainbow, Dento, Pariolodo, Fokoko, Araosan) made a living; it was the only way they knew to make one. They were individually talented as actors. They had an audience deeply invested in seeing them execute their “turns”. The industry was built out of their labors. Living in Bondage and Ti Oluwa Nile were still in the future; the prominence of these actors in Kelani's first film is probably an indication of their status at the time.

Alade fared well as an actor, appearing in films like Tunde Hundeyin's Iyawo Alhaji with the better-caucused Dele Odule, Jide Kosoko, Bimpe Adekola (Ireti), Taiwo Hassan, and Bayo Salami (Oga Bello). In the 2000s, the industry has changed dramatically, buoyed by better formatted technologies: video compact discs, digital cameras, the Internet, and private radio stations as modes of distribution and exhibition. Alade recently developed a television program of his own, Yotomi, a name drawn from his corpulent physical appearance. It also became the name of his new estate, where he was headed on that fateful evening. The estate in Mowe was scheduled for commissioning on July 15 this year. A society so open as to allow an enterprising individual like Alade to flourish has also ended his life so violently. His life and death reflect the hopes and tragedies of Nigeria.