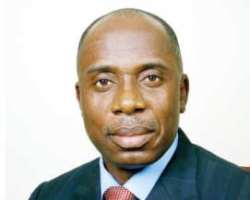 NIYI ODEBODE examines the issue of fiscal federalism and other issues thrown up by the precarious financial status inherited by the new governors.

Controversy has continued to trail the Nigeria Governors' Forum's call for the removal of fuel subsidy. After their meeting on June 21, the governors demanded the immediate withdrawal of the subsidy, which annually reportedly gulps N639bn of the country's revenues.

According to them, funds that will accrue to state and local governments from the withdrawal will enable them to implement the Minimum Wage Act. If the subsidy is removed, prices of petroleum products will shoot up.

The call has drawn the ire of the Nigeria Labour Congress and other groups. The NLC warned that the governors' demand would set the country on fire. Specifically, the NLC Acting Secretary, Mr. Owei Lakemfa, advised the governors to cut down the cost of governance, instead of pursuing the fuel subsidy removal.

Lakemfa said, 'It (the call for the removal of the fuel subsidy) is a bait the Federal Government should not take. There are a lot of problems in the country. Our leaders must learn from the protests that have been sweeping through North Africa and the Arab world. Our governors must not set the country on fire. We advise them to pay the minimum wage religiously because the implementation date is April 1 so that they do not fall into a lot of arrears.

'How can they be making such a call when Nigerians cannot see kerosene to buy? It is not in the interest of the country for any group to multiply the problems of Nigerians by hiking the prices of petroleum products.'

The governors' stand arose from the need to pay the minimum wage. Unfortunately for some of them, their predecessors had entered into agreements with workers on the implementation of the new wage.

The intentions of some of the past governors were doubtful because the agreements were reached at the twilight of their tenures. For example, the former governor of Oyo State, Chief Adebayo Alao-Akala, agreed to implement the wage, when he knew that his days in office were numbered. Many of the state workers had considered the agreement a Greek gift, as Alao-Akala had had a running battle with the workers, especially teachers, on salary issues.

The situation in the neighbouring Ogun State is not quite different. Before the former governor, Otunba Gbenga Daniel, left office on May 29, he had concluded negotiations with the workers on the N18,000 minimum wage. The state House of Assembly was said to have passed the bill on it.

Apart from handing over the minimum wage agreement to his successor, Senator Ibikunle Amosun, Daniel also bequeathed a N49.2bn debt to the new governor. Daniel did not only leave a huge debt, he also entered into concessionary agreements with private organisations. Through the agreements, the state's assets were handed over to the organisations for between 15 and 60 years.

Amosun, at a meeting with traditional rulers on Monday, disclosed that a property of the state, located on Victoria Island, Lagos, was given out for 60 years. The governor stated that the state would require N6bn monthly to foot the minimum wage bill.

He lamented, 'Ogun is the most indebted state in Nigeria. Lagos borrowed N250bn and Rivers, N150bn. Lagos generates N30bn monthly, while Rivers generates between N12bn and N15bn. But we in Ogun generates between N900m and N1.5bn. There is an irrevocable standing payment order.'

In Oyo State, Governor Abiola Ajimobi, has also been singing a song of lamentation on the precarious state of finances of the pacesetter state. Like his Ogun State counterpart, Ajimobi had also met with tradition rulers, whom he told that the state would find it difficult to pay the minimum wage.

Although state governments were said to be part of the minimum wage negotiation, hardly had President Goodluck Jonathan signed the bill, than the governors distanced themselves from it.

In a communiquÃ© read after its meeting in Abuja on Monday by its Chairman, Mr. Rotimi Amaechi, the Nigeria Governors' Forum painted a gloomy picture of the states' economy'

The governors' forum is, however, proposing 35 per cent for the Federal Government; an increase of states' to 42 per cent, while the group suggested that local government should take 23 per cent.

Many believe that the controversy about the minimum wage has thrown up some constitutional issues. One of such is the issue of true fiscal federalism.

The Action Congress of Nigeria, in a recent statement, noted, 'The jumbo allocation to the Federal Government negates the principle of federalism, which should see the federating units (the states), which are the owners of the revenue, keeping a chunk of it and deciding what to give the Federal Government.

'This is why we are calling on our federal lawmakers, who are the true representatives of the people from their states, to act urgently to change the revenue allocation formula to give the states at least 45 per cent. This is the biggest assignment facing the seventh National Assembly and we have no doubt that they will not fail.'

Also, the ACN governorship candidate in Kwara State, Mr. Mohammed Belgore, observed that the Federal Government had too much money at its disposal.

Belgore, a Senior Advocate of Nigeria stated, 'An issue of the minimum wage should not be a federal matter. We should let each state, develop it. For instance, Lagos may probably be able to pay N50,000 a month, some other state may be able to pay something different. The time and how they do it, should be determined by each of the state.'

This, definitely, is not the best of times for the governors, particularly the newly elected ones. But some analysts believe that the salaries the governors receive are not commensurate with the revenues of their states. He that wants to come to equity must come with a clean hand, they noted. Many believe that they need to disclose their security votes, which people think are fat.

Workers too must ensure that they increase their productivity and shun corruption. It is an open secret that things do not work smoothly in the civil service.

A former Chairman of the Independent Corrupt Practices and other related Offences Commission, Justice Emmanuel Ayoola, stated, 'Corruption in the civil service is so widespread and involves common occurrences of delayed files, making wrong claims, favouritism, truancy, outright demand for bribes and abuse of office, among others.

'Vouchers of contractors and pensioners are delayed by officers who claim to be very busy, but in actual fact, they are mere well rehearsed and orchestrated ploys to collect bribes or make contractors or pensioners play ball before processing their documents.'

While looking for ways out of the minimum wage logjam, analysts believe that governors must steer clear of fuel subsidy and workers must enhance their productivity and shun corruption.