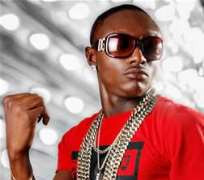 The feud between Hip-hop acts, Side- One and Terry G has come to an end. Sources revealed that D.J. Boombastic head of programmes at Rainbow Fm was the man behind the end of the long drawn rift.

The versatile Disc Jockey that left Star Fm last year, we heard, set up a meeting between the talented hit makers and ensured they came back together again.

We learnt that Side-One was called to Rainbow Fm office at Berger area, near Ogun State where Terry G was said to be waiting.D.J Boombastic who now handles Side-One's promotion and management reportedly ordered Terry G to embrace his former friend, with whom he did a hit track(One By One) three years ago.