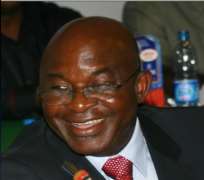 ABUJA, June 28, (THEWILL) - The Senate will commence the screening of the 34 ministerial nominees unveiled today on Wednesday, June 29, 2011.

The names of the nominees were forwarded to the Senate by President Goodluck Jonathan almost exactly one month after he was inaugurated as President, thus putting to rest the cacophonic speculations on the identities of the nominees.

The President also asked the Senate to approve the appointment of 20 Special Advisers that would work with him, almost exactly one month after his inauguration as President. These were the high point of activities as the Senate resumed from a three-week recess.

However, the Senate warned that the era of ‘bow and go’ is gone as every nominee would be subjected to the same thorough screening process. It spoke through the new Senate Majority Leader, Senator Victor Ndoma-Egba who also disclosed that screening of the nominees may start today in earnest if all documentations are submitted. Ndoma-Egba spoke against the backdrop of the Senate convention, which allows former members of the National Assembly lawmakers-nominee to skip the screening and are simply asked to ‘bow and go.’

"The current mood of the Senate is that every nominee must be subjected to the same screening and we may start screening today including approving the 20 special advisers requested to by Mr. President so that he can constitute his cabinet immediately," he said.

However, in a letter to the President of the Senate David Mark, President Jonathan informed that he forwarded the names for the senators' confirmation in accordance with section 147(2) of the 1999 Constitution of the Federal republic of Nigeria.

President Jonathan urged the Senate to expedite action on the confirmation of the nominees.

Nonetheless, Ndoma-Egba disclosed that the Senate is expecting more names adding that the lists so far fall short of constitutional requirement, because every state must be represented in the Federal Executive Council (FEC).