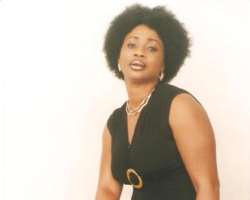 "I feel misunderstood, terribly unhappy and sometimes wish I had not become a star whenever controversies arise on my relationship with men. People get into a relationship with you because you are a star and they have certain expectations, which after living together for a while, the realisation that you are just a simple human being sets in, when the veneer of stardom is rubbed off and the simple part of you is revealed, men just want to move on because they didn't come for your simplicity or person at first, they came for the stardom. For all the 30 years in the spotlight, men misunderstood me."

Those were the words that poured out of veteran screen diva, Clarion Chukwura when replying a question bordering on her relationship with men.

Sitting comfortably in the confines of her Omole Estate, Lagos home-and not looking an inch her age-she spoke of her 30 years on screen, laying more emphasis on the degenerated state of the Nigerian movie industry that is widely referred to as Nollywood.

In time past, an interview with Clarion would only be gotten at a film location in any part of the country.

But on this particular day, it was conducive and serene inside her tastefully furnished living room where she had the chat though she had little time to spare as she just returned from an occasion and was ready to wrap herself up in her bed.

"The situation of the movie industry in Nigeria has contributed directly to why I have decided to take a back seat and do other things like my thriving businesses. It is sad to note that contrary to the professionalism platform with which Nollywood was initiated, things have degenerated so bad that an urgent help is needed. The content isn't inspirational anymore, casting is gone with the wind and the harsh economic situation is not helping the situation.

"The industry has gotten carried away with the hype that it's the third largest in the world. However, technicality, creativity, originality have been thrown away while actors and actresses are not earning what they deserve. Nollywood has refused to take the right steps, which include unionisation to help it grow and give it a voice and become a proper commercial industry affiliated to the NLC (Nigeria Labour Congress).

"Yes, people are watching our films all over the world but the set of people we need to help make the industry grow technically and financially are not the ones watching," the ageless mother of three said dejectedly.

What then has she been doing since she has decided to take a back seat after close to 30 years in the industry that made her?

"I have been doing a whole lot and aside my corporate regular business, which includes supply of corporate gifts and materials for corporate organisations and involvement in the oil sector, the Clarion Chukwura Initiative has taken so much of my time. We organise events for the less privileged and children like the Star Trek that took place on May 27, Children's Day all over the country. We are speaking with the Lagos State First Lady, Mrs. Abimbola Fashola on an arm of the initiative, which includes children. This would be taking place this month. I've also been taking very good care of my children. Also keeping me busy is the preparations towards the celebration of my 30 years on stage. I have done quite a lot and a whole lot are in the pipeline for the success of this in 2009. So, basically, I have my hands tied with all these and not forgetting my TV production outfit-Jade Productions that would be going into distribution of viewing content."

And for people that know this fashionable and celebrated actress, she's been living quite large without attracting attention to her private life in the last few years as a result of her success in her various businesses initiative, which has further endeared her to many.

A successful Clarion isn't complete without the inclusion of super filmmaker, Clarence-whose popularity and success in the entertainment world is fast on the rise.

His birth was as a result of the relationship that once existed between Clarion and top flight Afro juju star, Shina Peters many years back. The relationship rocked the Nigerian entertainment industry while it lasted just as the product-Clarence-is also rocking the same industry that produced him with his creative camera lens.

Thus, what would be her take on the talented chap? Hear her: "Clarence makes me feel great that he's finally making people see and know how things ought to be done. In his own little way, he is contributing to the revolutionisation of the entertainment industry as regards technology, creativity, technicality and originality. All this makes me feel great and happy that he's mine.

"The truth is that we've been stars since we were kids. We grew up together, I mean Clarence and I grew up together and of course, it's not surprising that he's this big. From the beginning, we both knew he was going to be big and all we needed was to harness the talent and make it real. Actually, he has not started yet, he's just beginning because by the time he's out in the open, many people would be shocked to the bone marrows.

"The things I don't support all through with him are that he hardly eats. He is more of a studio rat and hardly has time to eat and he ignores fashion. He is not cut out for designer wears like I would have wanted him to or even like his peers. He is so much into what he does."

So, it's correct to say that she's no doubt a fulfilled mother despite the circumstances of Clarence's birth?

"One single fact is that I do all I can to make my children happy and Clarence is not an exception. I monitor their success and activities and they continually tell me that I'm the best mum in the whole world. I honestly know that I am a fulfilled and good mother and I have given Clarence all the necessary support to be successful in life. This aspect of me is 100 per cent fulfilled."

The realisation that she's spent close to 30 years of her life on the screen has surely has its ups and downs, what regrets does she have?

With a slight pause and unsatisfactory look on her face, she replied, "It would be fantastic to say no regrets but that would be a fairy tale. Of course, I do have regrets and my main regret is that I began to practice my profession in a country that does not encourage talent but rather grows in the context of appreciating talents, celebrating and assisting talents to grow. If I had started out in the U.S. or UK, I would have been better off because I would not have had lots of ideas go to waste just because I'm in the wrong society practicing my profession."

With several activities lined up for this busy screen goddess, what is the next line of action and how does she unwind, whenever the need arises?

"Well, to make the impact of my initiative felt by the sector that it was created for. This is my own little way of saying thank you and giving back to the children and less privileged. Many activities would be witnessed next year just as I am also planning to make a huge success of my celebration of 30 years on stage in Lagos.

"I'm also working on bringing to the Nigerian audience, a worth of their money in terms of television content. All these are under wraps and they are taking my time because it would be of the best standard and cost a lot too.

"As regards how I unwind, I'd say I go out and listen to life bands and because I love dancing, I dance to good rhythm and take a very long drive. But for a major relaxation, I leave my house and most times leave the country but sometimes, I just go to Abuja and check myself into a hotel that has a Jacuzzi, Sauna and a good bar and good food but which must be quiet and exclusive and nice."

What has she got to say about her admirable sense of fashion-that beats many people's imagination even at her age?

"All I can say is that it comes from within and cannot be attributed to anybody. Some may want to attribute it to my father but I would rather say it comes from the inside. I've grown older and become happier by the day through the manifestation of my hard work."