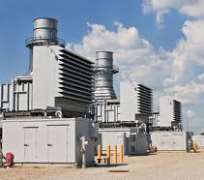 BY VICTOR AHIUMA-YOUNG
Organised Labour in the nation's electricity industry, has asked Nigerians to hold Presidential Task Force on Power, PTFP responsible for the current abysmal poor supply across the country, saying the body should 'apologize to Nigerians over the current power situation in the country.'

Under the umbrella of National Union of Electricity Employees, NUEE, the current power situation in the country is a clear manifestation of the ineptitude of PTFP members, claiming that members who 'lack the basic knowledge in water management overused the hydro stations which in turn affected the water level before and during the election to score political point that power has finally stabilized without looking at the implications thereafter.

The union in a statement by its General Secretary, Comrade Joe Ajaero, said members of PTFP should henceforth shut up and be ashamed for deceiving Nigerians.

The statement read in part, 'Before now, NUEE has raised doubt over the competence of the members of the Committee and their ability to deliver, given their lack of indepth technical knowledge of the sector. The current power situation in the country is a clear manifestation of their ineptitude, given the fact that Mr. President's men who lack the basic knowledge in water management overused the hydro stations which in turn affected the water level before and during the election to score political point that power has finally stabilized without looking at the implications thereafter.

Today, Nigeria and Nigerians are facing the consequences of bad management and incompetence of these men who ordinarily should have known how to manage water level to serve the country all year round. The Management of water level has always been to complement thermal stations and the news of gas shortage to Thermal Stations is not new in the industry as to warrant such level of power shortage in the country today.'

'We are aware that there is shortage of gas supply to Geregu, Olorunsogo, Delta and Egbin Thermal stations and the question remains 'who is responsible for the gas supply to these stations?. Why was gas not available to them? The fact that these men decided to occupy themselves with the amount of money released for payment of monetization arrears to PHCN workers and which unit of PHCN they are to purchase while serving in the same government beclouded them of the technical lessons to learn in the Sector.

The fact that these men have licenses and have remained operators who cannot pay workers in their companies for the past 12 months bring to question their managerial ability that informed their selection in the first instance as Mr. President's men.'

'The fact that these helmsmen were in possession of licenses for six years without generating one watt of electricity probably shows the level of their competence that informed their choice by Mr. President.