LAND TUSSLE: HELP, SAVE ME FROM LAWYER, LANDLORD CRIES OUT 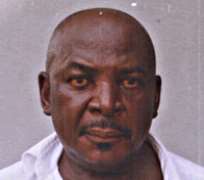 President, Fraud Alert Group (FAG), Mr. Bennett Eze, has raised the alarm that assassins are after his life. Eze who stormed the corporate office of The Sun Newspapers, Lagos, said records of several attempts had been made on him by a group of land speculators sponsored by a well known legal practitioner in the state (names withheld).

Eze therefore called on the Nigerian Bar Association (NBA), the Inspector-General of police (IGP), Mr. Hafiz Ringim and Governor Babatunde Fashola (SAN), to save him from the hands of the legal practitioner and his accomplices.

The US returnee said his ordeal started in 1992 when he allegedly bought a land in Abule Egba, Lagos, facing the Express road.

He said at that time, a plot of land was sold in the area between N5,000 and N10,000 but due to the position of the land, he paid N200,000, a value which rose to over N100 million now. He said the money he spent in procuring the land would have been enough for him to establish a business in USA but decided to come back home to assist in reducing unemployment..

Eze said he returned from the United Sates of America to establish a business and was very happy when he got the large space of land where he actually started his agro business. He said he had already employed about 50 workers and was targetting over 500 staff before he was chased out from the factory by gunmen, who were under the payroll of the legal practitioner. He alleged that the lawyer who is trying to kill him also doubled as his counsel and that of the land vendor.

He said it was the same lawyer that prepared the Deed of Assignment, investigated and confirmed that the land was free from all encumbrances, legal or otherwise, and liaised with the vendor, an old woman and other family members to ascertain the list of items needed to perfect the traditional rites.

He said after paying for the land through the lawyer to the old woman and her children the lawyer gave him a receipt acknowledging that he is the rightful owner of the land.

He said after developing part of the land and was doing business there, the legal practitioner, who is a son-in-law to the vendor approached him, requesting for additional N2 million which he objected.

He alleged that for refusing to part with N2 million, the lawyer and one of the sons of the vendor who benefited from the payment he made for the land told him that he would not live to inherit it. He alleged that since the threat, he had been having several attacks from hoodlums.

He narrated an instance while he was on the land, some hoodlums abducted him and took him to a bush where they beat him to coma, thinking that he was dead, the hoodlums abandoned him. 'Shouting he is dead, yes, he is dead.' He said he was saved by a woman who assisted him to get a taxi that took him to the hospital, after which he spent 15 years in clutches, and after taking treatment in his town in Anambra State, he came back to Lagos.

According to him, the lawyer and the vendor's son thinking that he had died from the beating, decided to sell the remaining parcel of land. He said when he arrived Lagos, he went to the old woman who sold the land to him. 'Mama shouted, oh, the lawyer told me that you are dead.' He claimed that after explaining what happened to him, the old woman begged him to forgive her son-in-law and promised to talk to him.

He further alleged that few hours he arrived at his house, some gunmen believed to be assassins allegedly sent by the lawyer and the woman's son stormed his residence but he escaped.

'The gunmen ransacked my house and took away some vital documents but I thank God that I still have the original receipt signed by the lawyer.' The 60-year-old man said his group has decided to alert the police, government and the general public about persistent threat messages he had been receiving from the lawyer and his accomplices. 'I am 60-year-old. They warned that they would manipulate the case in the court to last for over 30 years and by that time, I would have died.'

He revealed that he had lost two Personal Assistants (PA) and a sister because of the land tussle. He wants NBA to invite him and the lawyer who is a son-in-law to the vendor, to ask him if he was not the person who perfected the document he used in purchasing the land. 'How can a legal practitioner who we believe should be there as the last hope of a common man turn a fraudster,' he queried.

He wants the police to investigate the said deal. He also wants the Ohanaeze Ndigbo, the Oodua Peoples Congress (OPC), Yoruba social cultural groups, especially Afenifere to wade into the matter.

He called on his group, Fraud Alert not to relent in fighting his cause even after his death. 'That is why I formed the group to fight cabals and fraudsters who have put laws into their hands.